Why the Type of Folate You Take Matters 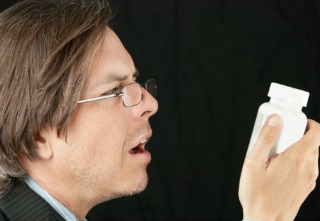 We have a problem. When discussing vitamin B9, common parlance is to use “folic acid” and “folate” interchangeably, as if the two are different terms for the same thing. Talk to most OB-GYNs about the type of vitamin B9 in your prenatal, and they’ll say the difference doesn’t matter. Look at the average nutrition label, and it’ll list folic acid rather than folate, even though it’s naturally occurring. They are not the same. The difference is meaningful.

Organic folates, like the ones found in food or supplemental 5-methyltetrahydrofolate, don’t have this problem. They’re easily converted into tetrahydrofolate at the gut level upon consumption.

That same tactic used by millions of OB-GYNs to get their patients’ folate levels up to par may have unintended consequences. Unconverted folic acid can end up circulating throughout the body, where it has unwanted side effects. Let’s explore a few of them.

As mentioned earlier, the presence of unmetabolized folic acid in circulation reduces the activity of natural killer cells, which in addition to defending against invading pathogens also stem the tide of unchecked inflammatory processes, including autoimmune destruction of the body’s own tissues.

A 2012 mouse study showed that administering NK cells halted the destruction of pancreatic beta cells and beat back the progression of autoimmune diabetes. If people are exposed to enough non-metabolized folic acid to depress NK cell function, that could partially explain the rise of type 1 diabetes.

Folate is critical for fetal development, and supplementation with folic acid has been shown to reduce the incidence of neural tube defects. That’s synthetic folic acid, by the way. It’s clearly helpful, especially if you’re not eating folate-rich foods. But there may be an upper limit, particularly after the first month of pregnancy.

But I heard that folic acid is more bioavailable than other forms of folate. If that’s true, isn’t folic acid better?

There’s another variable to consider when choosing the type of folate you take: Genetics.

You absorb more synthetic folic acid but may have trouble converting it into folate you can use.

You absorb less food folate but it’s easier to convert into useable folate.

Chris Masterjohn made an interesting point in a recent podcast, though: In the context of a vitamin B12 deficiency, synthetic folic acid may work better than food folate. If that’s the case for you, I’d recommend fixing the B12 deficiency.

While folic acid can certainly be helpful, especially in certain populations with certain health conditions, I err on the side of more “natural” (for lack of a better term) forms. For thousands of years, we’ve gotten our folate from foods. And some of the folate we find in foods comes in a form identical to supplemental 5-methyltetrahydrofolate. These are the forms to which we’ve adapted. They’re what our bodies expect. Folic acid clearly works at elevating folate levels, preventing neural tube defects, and preventing gross deficiencies, but it comes with potential side effects. I always like to err on the side of nature.

Why am I telling you this now? Personal experience. I recently just switched the vitamin B9 source in Master Formula from folic acid to 5-methyltetrahydrofolate. I did the research over time, saw that I could do better, and fixed it. I wasn’t providing the optimum B9 formulation in my supplement, a supplement that I myself take every day and have for years. Now I am.

That’s it for today, folks. If you have any questions about folate, folic acid, 5-methyltetrahydrofolate, chime in below!

I don’t often highlight the latest deals on the blog here, but this just fits the topic too readily. For those who are interested, I’m offering a $20 discount off your next purchase when you buy Primal Master Formula. Just use code TAKE20 at the Primal Blueprint store. Thanks for stopping by today, everybody.

The post Why the Type of Folate You Take Matters appeared first on Mark's Daily Apple.

from Mark's Daily Apple http://ift.tt/2G3R6vX
Posted by Unknown at 6:51 AM No comments:

I’m publishing the next edition of What I’m Loving Lately a little early this week because I haven’t shared one in a few weeks now. This one is quite the round-up of favorite products and links. I hope you enjoy it!

What the Heck Should I Eat –  I just recently started this book, and I’m loving it so much! Dr. Hyman explains each food group in detail – the research, why it’s confusing, and then recommends exactly what you should eat. So many of us – myself included – are confused about food, so, hopefully, this book will clear a few things up for me! 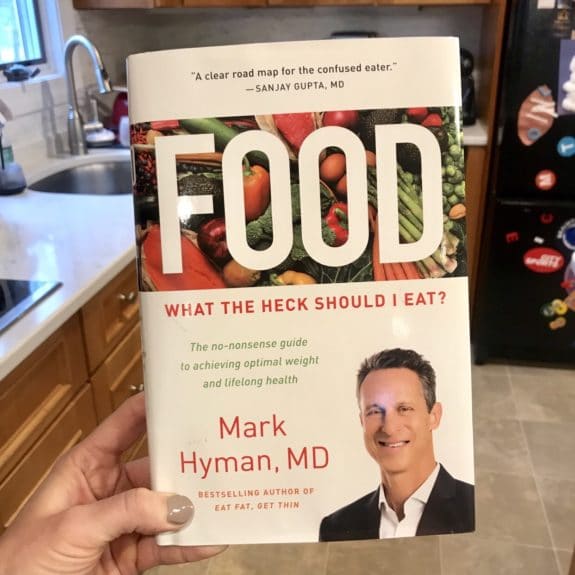 The Key To Raising A Happy Child – This was such a great article and now I want to read The Self-Driven Child!

Dr. Scholl’s Madison – I’m obsessed with these shoes! And I’m so pumped for Spring to be here, so I can wear them all the time. They’re just $49 on Zappos.com (free shipping both ways!) and super comfy. 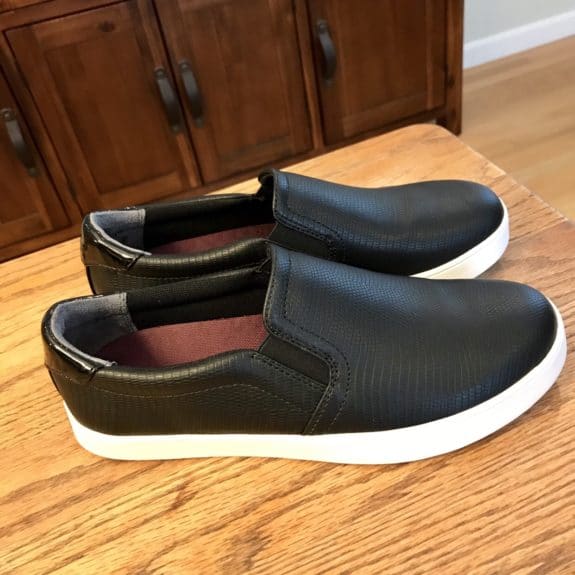 And super cute! I plan to wear them with black leggings and jeans ALLTHETIME in the coming months! 🙂 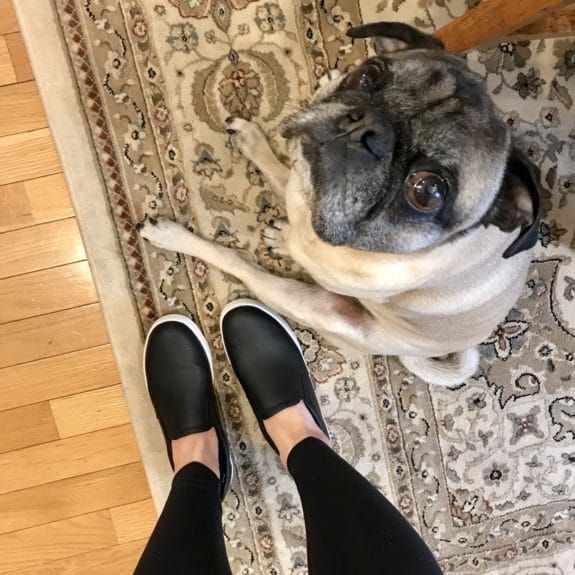 I also bought Quinn a new pair of sneakers since they were on sale and his current pair were on their last legs. Woohoo! Fresh kicks for spring!

No fuss hair products – You guys know that I’m not fancy, so I’m all about no fuss hair products because I hardly ever blow dry my hair – maybe once a week at most – but I like to have some sort of “style” to it. I mentioned “hair boogers” the other day, but I also love these two products and use them on the regular: “Magic hairspray,” which I’ve used for years and mentioned a few times on CNC and Beautycounter’s Volumizing Mist, which I use if I actually decide to blow-dry my hair. It smells great and gives my hair a serious and long-lasting lift! 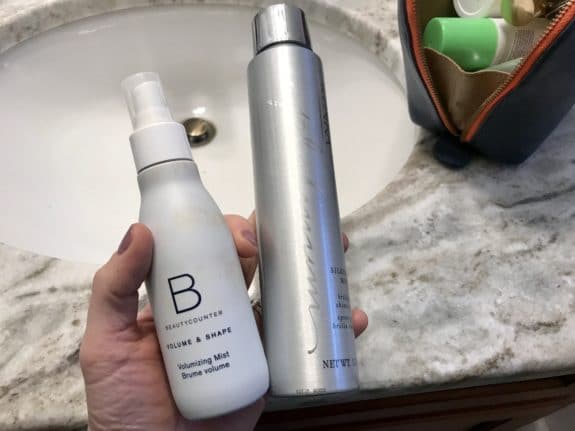 Setting Boundaries When Work and Kids are Constantly Vying for Your Attention – So many great ideas! 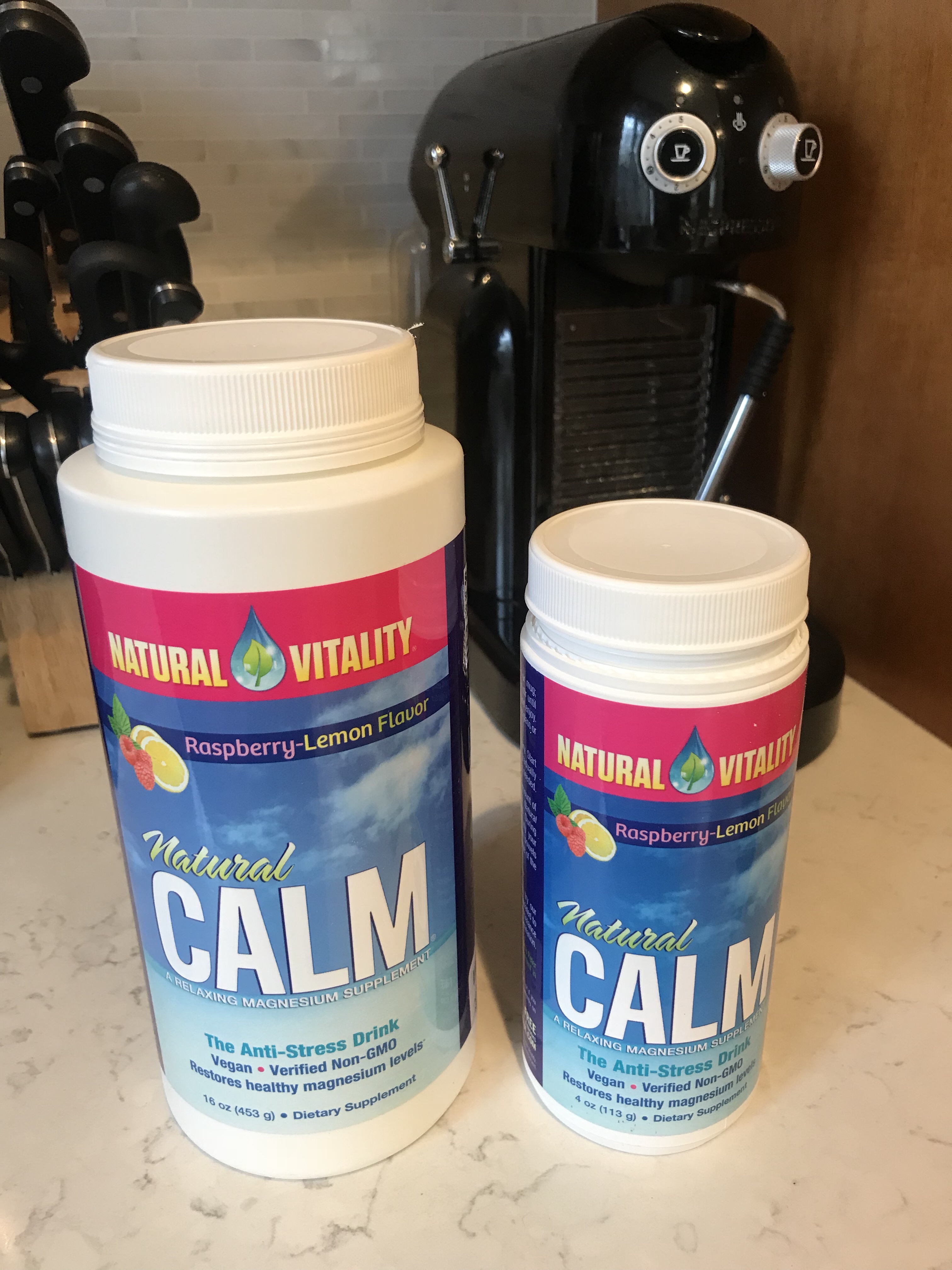 Micros > Macros– This is a really great way to think about diet and food choices!

Booty workout – I’m all about the booty workouts lately, especially ones where I can use my new booty bands!

Wild-Caught Haddock Fillets from Whole Foods – They’re individually packaged and defrost in no time, so they’re perfect for making a quick and healthy meal. I’m the only one who eats fish in our house, so I love that I can cook up just one fillet and not let the rest go to waste. 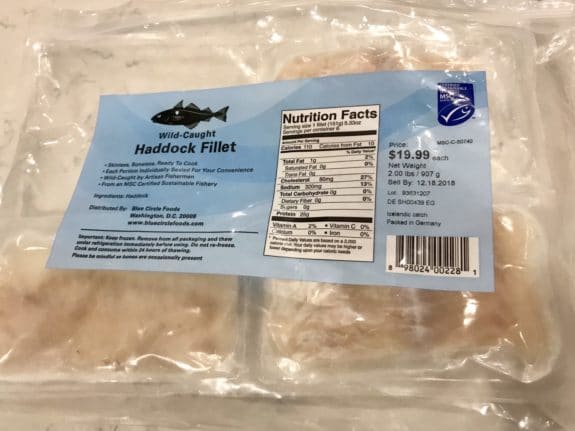 Instant Pot Maple Mustard Chicken Recipe – This looks delicious and super easy. I can’t wait to give it a try!

What confuses you the most about what to eat?

How often do you blow dry your hair?

This post contains affiliate links. As always, thank you for supporting CNC!

Posted by Unknown at 4:21 AM No comments: