Food No Longer Runs My Life

Posted by Unknown at 8:14 AM No comments: 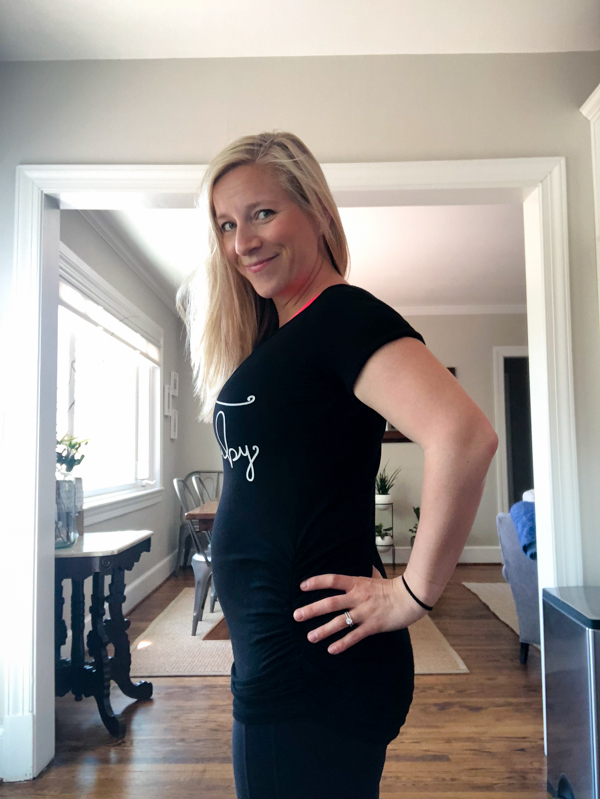 I’ve been in this really odd stage of forgetting I am pregnant! During the first trimester I felt so fragile, nauseous, anxious, and secretive that I was thinking about pregnancy quite a bit. Now that I’m well into the second trimester, I’m finding myself without too much of a bump, feeling much more energetic, eating very much like I normally would, and without many symptoms. The weeks are going by faster than before, too. I have these little moments where I remember what’s actually happening in my body and I get REALLY excited.

I am still taking Unisom at night. Twice I have forgotten it and woke up feeling quite hungover/nauseous again. Although it’s a different kind nausea than weeks 6-10. So I’m continuing to take it just at night for the time being, mostly in hopes that it helps me sleep too.

My only other real physical symptom is having lots of SI joint pain in my lower back already. I don’t remember getting it so soon, but I did have a lot of SI joint pain with Mazen. I think a big part of it is my posture, which has dramatically worsened. I find myself standing with my abs pushed out a lot of the time. I swear my body remembers how it felt to be 40 weeks pregnant and just wants to go straight there. In the evenings especially, I can push my stomach out to basically where it was when I was full term with Mazen. The only explanation has to be some kind of muscle memory. It’s kind of like once you stretch something out, even if it goes back to its original size, it’s easier to stretch the second time.

This was 15 weeks in the morning so imagine at night! 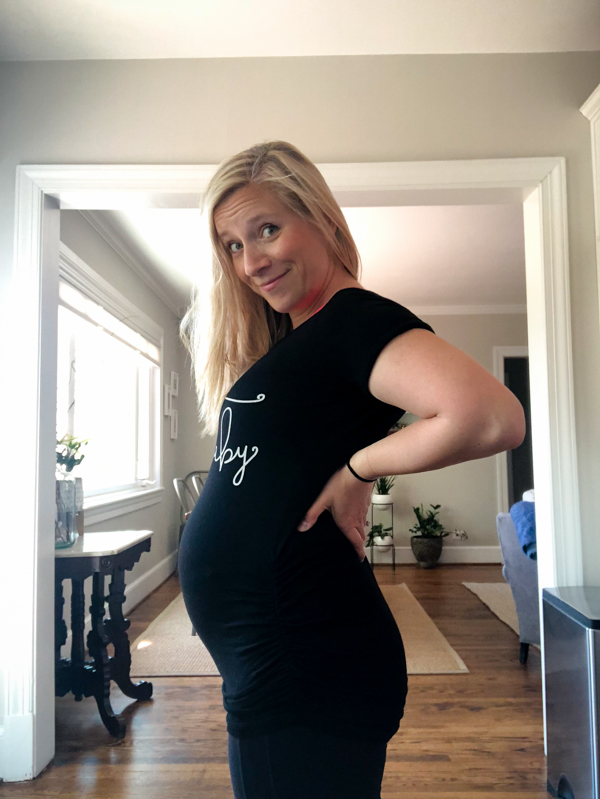 Speaking of the bump, I feel like it changes day by day. One day I can feel the top of my uterus just under my belly button and I can also feel baby movements! I just started to feel some during week 14. But then the next day it’s almost like my uterus retroverts back in and the bump and movements disappear. Is it possible for my uterus to be flip-flopping back and forth like that? It doesn’t seem like that moveable of an organ, but maybe it does!? Some days my stomach looks almost flat and other days I look six months pregnant and people comment on it. I have no idea why all the fluctuations! I suppose it could have to do with eating/food/water weight too. 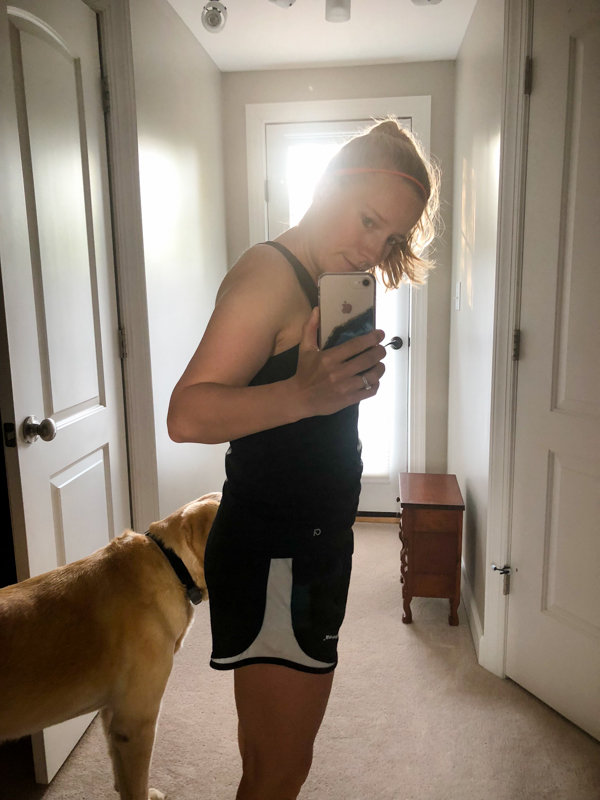 Feeling those first few movements was SO exciting. It’s by far my favorite part of pregnancy, and I can’t wait until Thomas and Mazen can feel them too. I’m actually quite shocked that I have a tiny baby the size of a naval orange inside of me who is constantly moving and I can’t feel him most of the time. That’s mind boggling! Wouldn’t you think you can feel everything moving in your body? I felt my first real movement at about 14.5 weeks and then nothing for a week. At 16 weeks, right on cue with what my doctor said, I’m starting to feel them a bit more. I think I even felt a kick! My placenta is in the front, so I have to lie down or get in bridge pose to feel movements on the top.

I have been having some crazy vivid dreams lately. Almost every morning I wake up with a very real memory of a dream. Most of them involve people in my life and things we’ve been doing rather than more fantastical imagery. I’ve been going to bed around 9 every night and sleeping until 6:30 or 7, so I’m getting a good night’s rest and not needing too many naps. I’m joking that I’m saving it all up for October! I was obsessed with sleep once Mazen started sleeping through the night at six months. Lack of sleep is one of the things I am most nervous about having a newborn again. I do remember having some kind of mom adrenaline that helped pull me through.

I’m still sleeping on my stomach which has been so nice. I feel like I switched to side much sooner with Mazen? I most often prop a knee out so my torso is slightly tilted to the side which means I’m not lying flat on my stomach. I’m hoping to sleep like this as long as possible because sleeping on my side was one of the hardest parts of pregnancy last time. 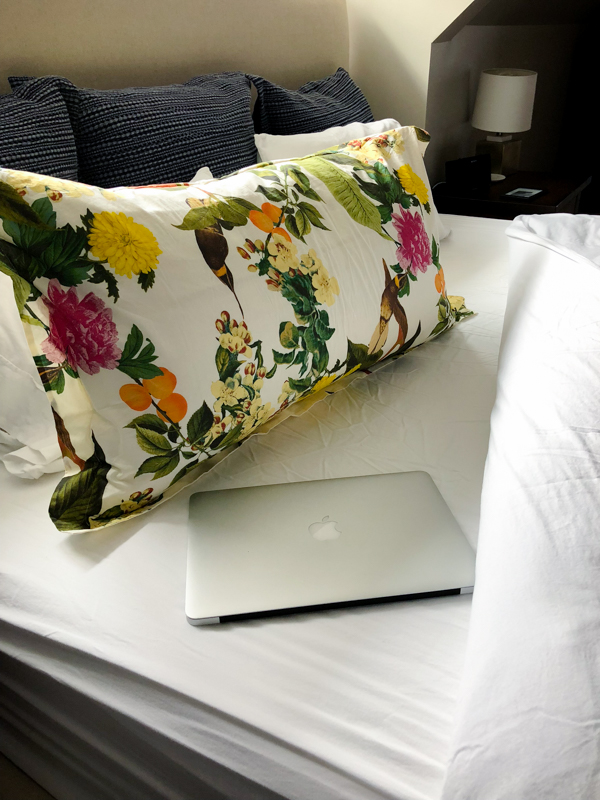 These maternity jeans from Target are awesome. The two pairs of skinny jeans I bought at Motherhood are great for about 2 minutes and then they start to sag like a rapper from 1999. Constantly pulling them up drives me nuts! I bought these green jeans at Target and the criss-cross back panel is great and they actually stay up! The top of the panel seam is tighter too, so I bet that helps. And they are generally more structured jeans to begin with. I actually bought a second pair in regular denim. I can see how the panel might not fit someone late in the third trimester, and since I’ll be tucking my pants away for the summer, I hope I can still wear these in Sept/Oct. I think at worst I’ll have to fold the panel over.

The planner in me is surprised that I haven’t wanted to think about buying anything new for the baby or unpacking all the baby stuff stored away yet. It just feels too soon. I kept most of my baby stuff, including bouncy seats, boppy and My Breast Friend, a changing table, cloth diapers (TBD if we use them), carriers and wraps, strollers, etc. I still have my old breast pump, but I think I will get a new one since they have probably made a lot of improvements over the last five years and it’s free through insurance. I gave away a lot of the baby stuff that I couldn’t see myself using again, including our swing and a few other things, so I might need to look into finding some of those hand-me-down or buying new.

We will need a new infant car seat, since my old one expired. Would love some recommendations! I think I’d also like a new stroller since my Bob is showing its age. (It was my MVP baby item with Mazen and got SO much use). I’ll still use the Bob for running/workouts, but I would like a new everyday stroller that’s a lot easier to get in and out of a car. Maybe one with a snap n go feature for the car seat too? A travel system set? My sister swears by her Uppababy Cruz, but I’m also open to recommendations.

Other than those big ticket items, I think we probably still have most of what we need, minus things that you’d buy new anyways like pacifiers, bottles, diapers, and consumables. Luckily I still have all of Mazen’s 0-1 year old clothes and YAY for having another boy! I did give away a lot of my 1-5 year old boy clothes, but Sarah has a lot of them that she plans to give back when Sawyer out grows them, and I am sure we’ll get some hand-me-downs too. That is one pro to having a second later than a lot of my friends who are now done having kids. I’ll gladly pass all of mine along when we’re done too. 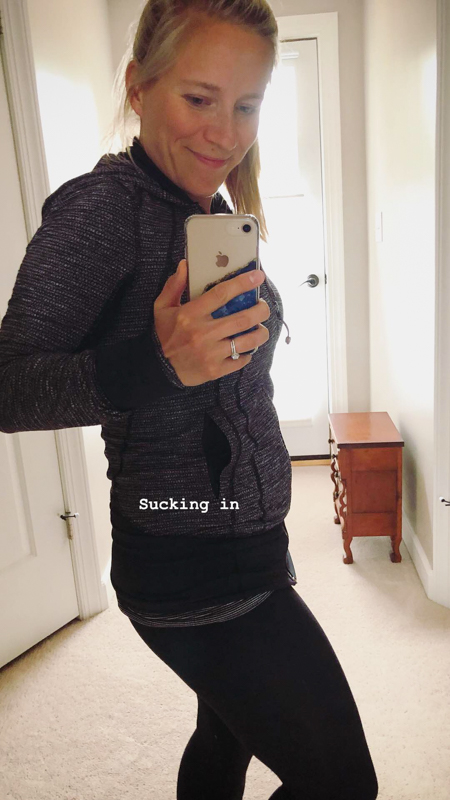 We intend to convert our home office into a nursery and move the office back downstairs to the basement (which we are sad to do because we love the main floor office, but it makes the most sense.) I imagine the baby will sleep in our room for the first few months. Since our master is so much bigger than the bedroom I had when Mazen was born, I think I’ll probably just do a make-shift nursery in a section of the room with a bassinet, changing station, and clothing in the dresser (which I have emptied of my off-season clothes!) and won’t move him to his room on the main floor until he’s consistently sleeping through the night (and maybe even later than that if our set-up is going well). So I doubt I will put that much effort into the nursery until much later, and we might try to keep the office there as long as we can. 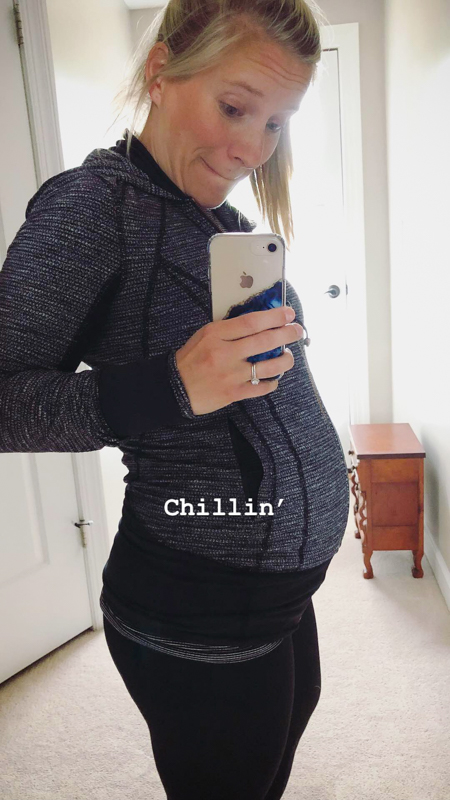 Ok I’m starting to ramble. The short story of these weeks: I’m feeling halfway on a lot of topics! Except for gratitude. That I am 100% feeling.

On Healthy Living While Pregnant

from Kath Eats Real Food https://ift.tt/2wu9aOY
Posted by Unknown at 4:24 AM No comments: