What Breaks a Fast: Supplement Edition Last week, I explored the impact of all the various foods, beverages, and food-like substances people consume while fasting—and hoping to maintain a functionally fasted state. Does MCT oil break the fast? What about coffee, tea, or bone broth?

There were more than a dozen, and I even did a follow-up. Today I’m going to discuss whether commonly-consumed supplements break the fast.

Fish oil is pure fat. If you’re taking the average supplemental dose of 1-2 grams of fish oil, it’s not a problem. That’s not even a teaspoon. It’s about 9-18 calories.

You may burn slightly less fat than you would otherwise, but in the grand scheme of things, a few grams of fish oil won’t break the fast.

Cod liver oil is fish oil with extra vitamin D and vitamin A. As long as you keep the doses low enough, cod liver oil won’t break the fast.

Multivitamins do not break a fast. They are usually non-caloric. However, not all of their components will be absorbed very well on an empty stomach, so keep that in mind.

If you’re still not on board, note that in the older studies with really overweight people who fasted for upwards of a year straight, they usually supplemented with a multivitamin.

A popular one I’ve seen around—Alive, made from kale and raspberries—has just 2 grams of carbs per dosing. It’s not ideal, but it’s not a deal breaker—or a fast-breaker.

Gummy vitamins have the potential to be about 5-6 grams of sugar, a gram of protein (from gelatin), and a gram of fat (if including omega-3s) per serving, so they’d arguably break the fast. Plus, they taste like candy and are likely to stimulate cravings and make fasting harder.

Potassium is non-caloric and does not break the fast. In fact, it can help you handle the fast better by replenishing electrolytes.

Creatine contains no calories and has no effect on insulin secretion (or glucose in the absence of calories).

Creatine does not break the fast.

If you’re strict and technical, then yes, collagen breaks a fast. There’s evidence that glycine—the most prominent amino acid in collagen—can inhibit autophagy, but it was a convoluted animal study where inhibiting autophagy with large doses of glycine after brain injury actually improved outcomes. It probably doesn’t apply to someone adding a scoop of collagen to their coffee. Besides, even if it slightly reduces autophagy, a little collagen won’t negatively impact ketosis, fat-burning, or energy intake.

I’m going to say “technically yes,” but “realistically no, collagen doesn’t break the fast.” Avoid if your main focus is autophagy, however.

BCAAs trigger an insulin response and thus stop autophagy…and the fast. That said, many proponents of fasted training recommend using BCAAs before a workout to help preserve muscle and improve the post-workout anabolic response.

Vitamin D is fat soluble and thus comes packaged in an oil carrier, but the dosage is so small that it won’t affect your fast.

Unless you find that 1/8 teaspoon of olive oil ruins your fast, vitamin D won’t break a fast.

Probiotics contain no calories and will not break a fast. However, they are best absorbed in the presence of food—the food protects them as they travel through the digestive system, and most probiotics occur naturally in food—so taking them during a fast is probably, mostly useless.

Probiotics don’t break a fast, but why take them during one?

Adaptogens are compounds, usually herbs or herb derivatives, that modulate your stress response. They improve your ability to tolerate and respond to stressful situations; they don’t blindly inhibit the stress response if the stress response is warranted. They keep you honest and counter unnecessary stress responses. They contain no calories, unless you’re chowing down on a big hunk of maca or ashwagandha root. In fact, most adaptogens have traditionally been consumed in tea form, extracting the active compounds and leaving behind any calories. Have at ’em.

Adaptogens do not break the fast.

Medicinal mushroom extracts come from mushrooms, which are technically food. But the amounts you take are so low—usually no more than a teaspoon—that they won’t impact your fast or provide any significant amount of caloric energy. Four Sigmatic has those “mushroom coffee” blends you add to hot water. They can get up to about 30 calories per serving, but even that’s going to let you maintain most of the fasting benefits.

Melatonin does not break a fast.

Final Note: Most supplements are okay to take on a fast, though the lack of food may make absorption more difficult. If you have any other questions about supplements on a fast, drop them down below. Thanks for reading, everybody. 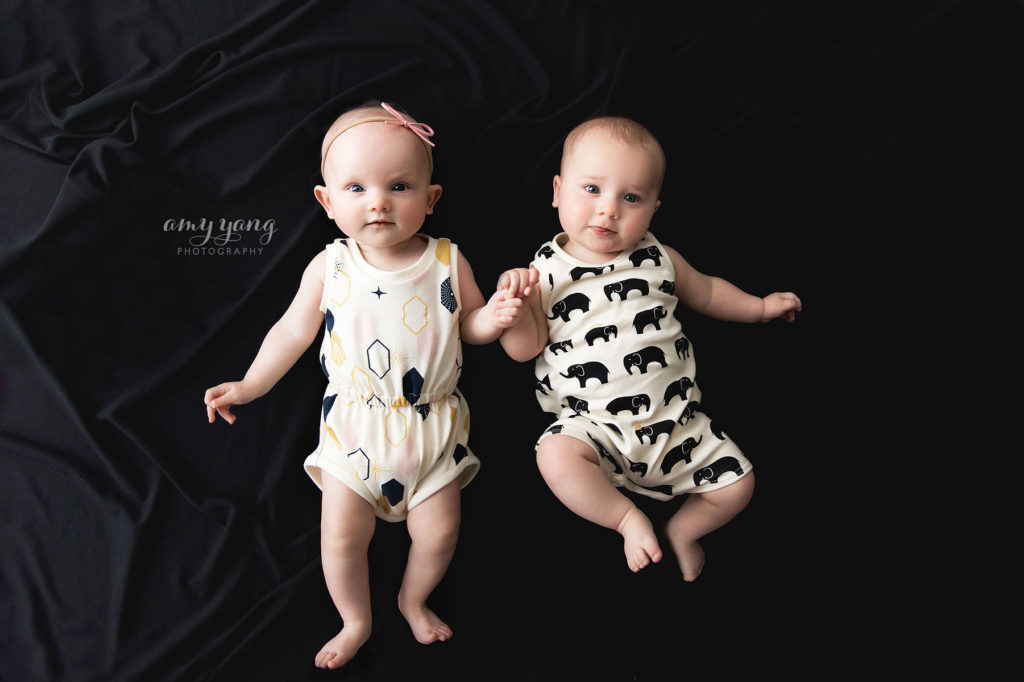 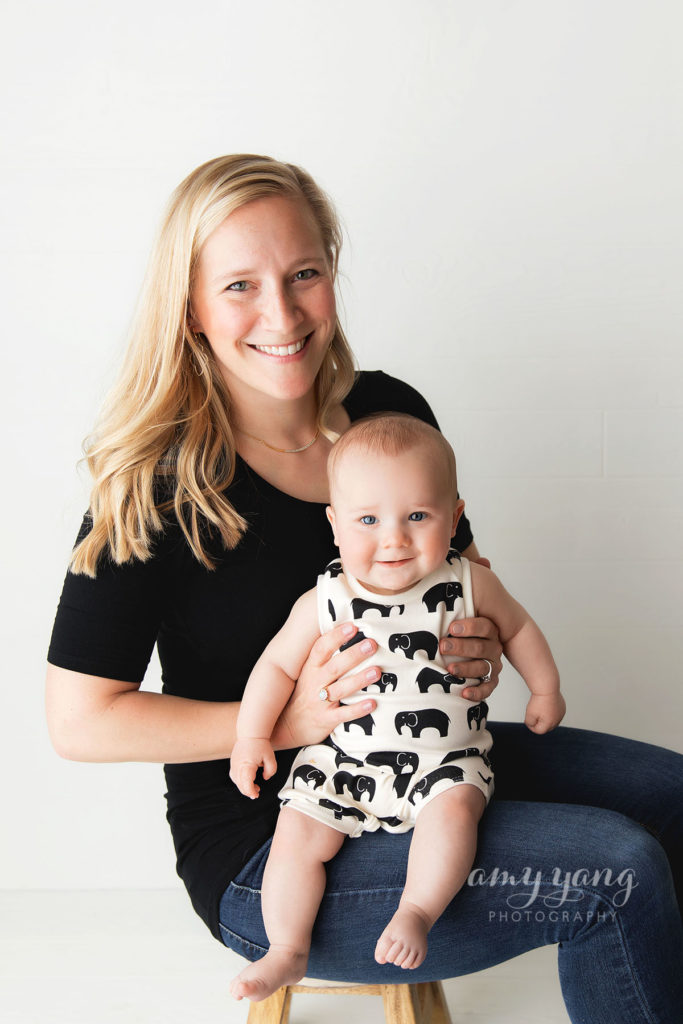 ^^ How amazing is that first photo?! Birch and I recently had the pleasure of being models for Green Bean Baby Boutique’s spring shoot with Amy Yang Photography. Amy gave me permission to share the photos on the blog. Everything you see in the pics (except my jeans – lol) can be purchased at Green Bean – even my black Boob Designs nursing top. 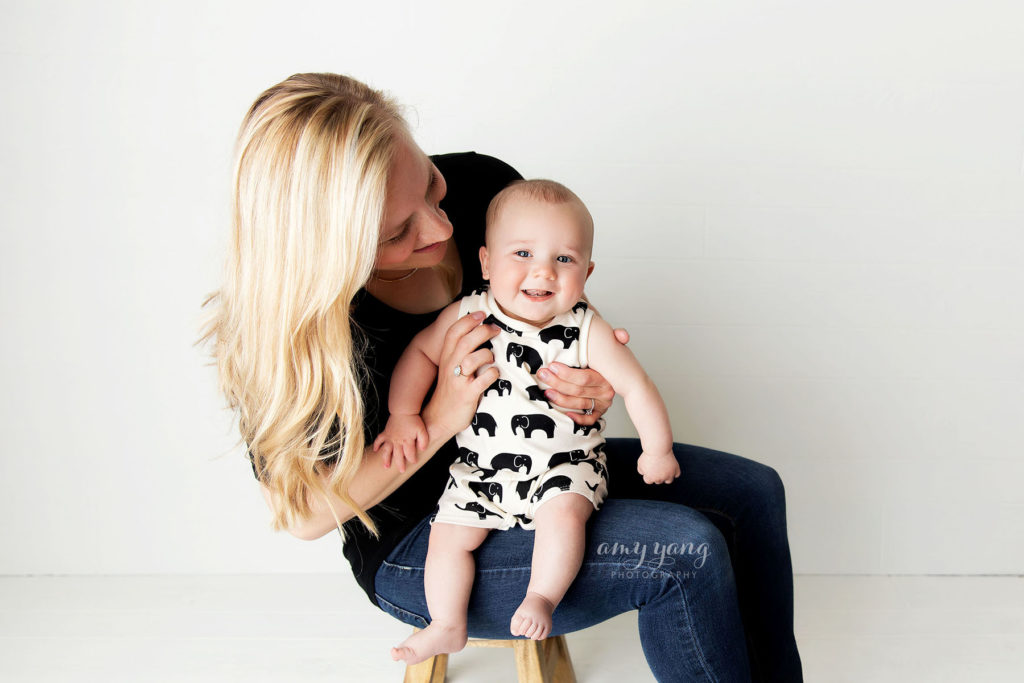 Birch was accompanied by his girlfriend, Fern. Erica and I want to go into business together in the future and our business will be called Birch + Fern! LOOK at them! I bought the Magnetic Me onesie B is wearing here on the spot. 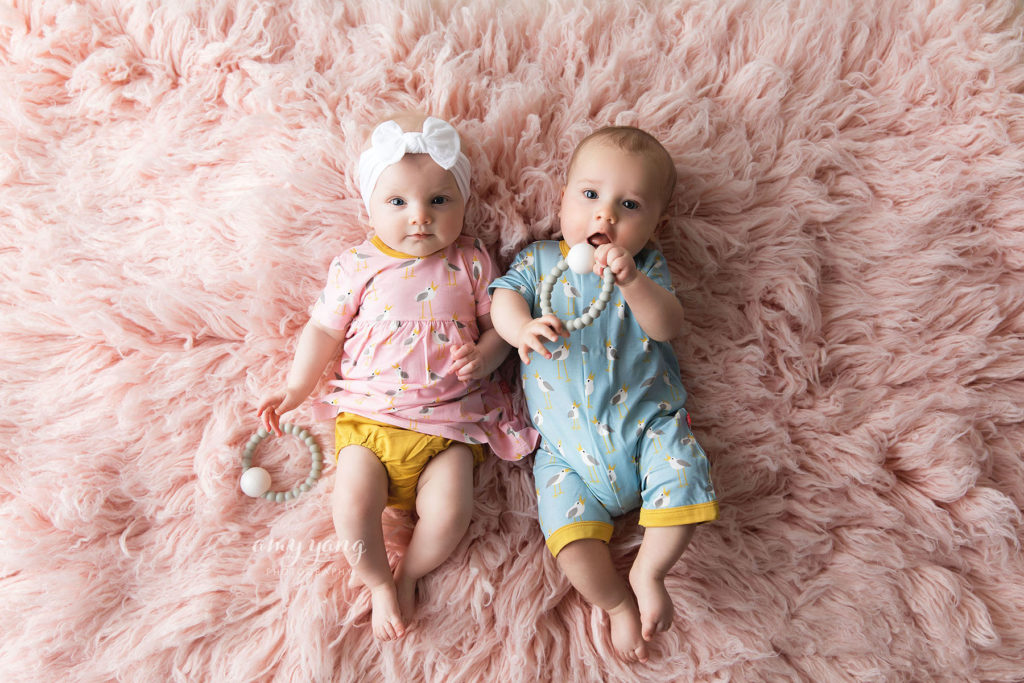 Amy did such a wonderful job capturing his little smile. 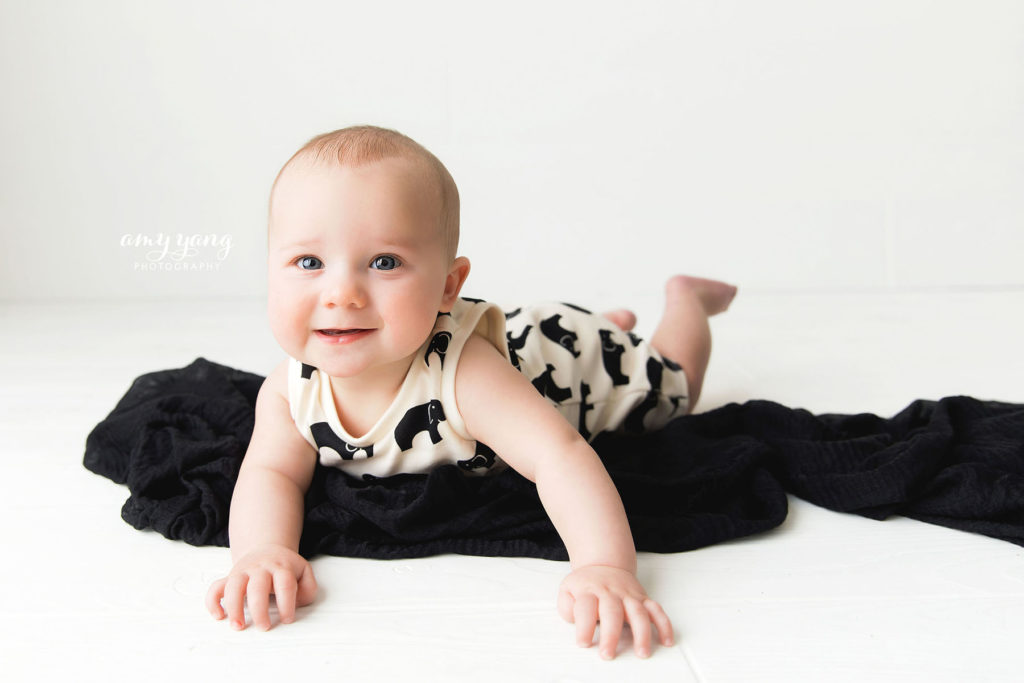 After the shoot, Erica and I went to Oat Hart Social for drinks and apps. These two stared into each other’s eyes and caught the attention of other patrons. They are life twins because they had the same due date! 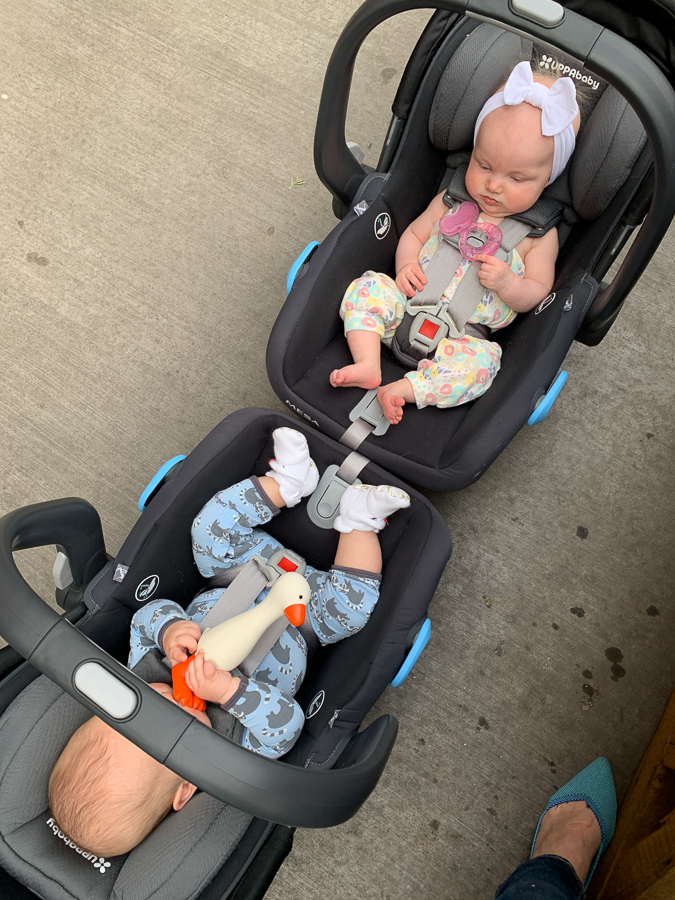 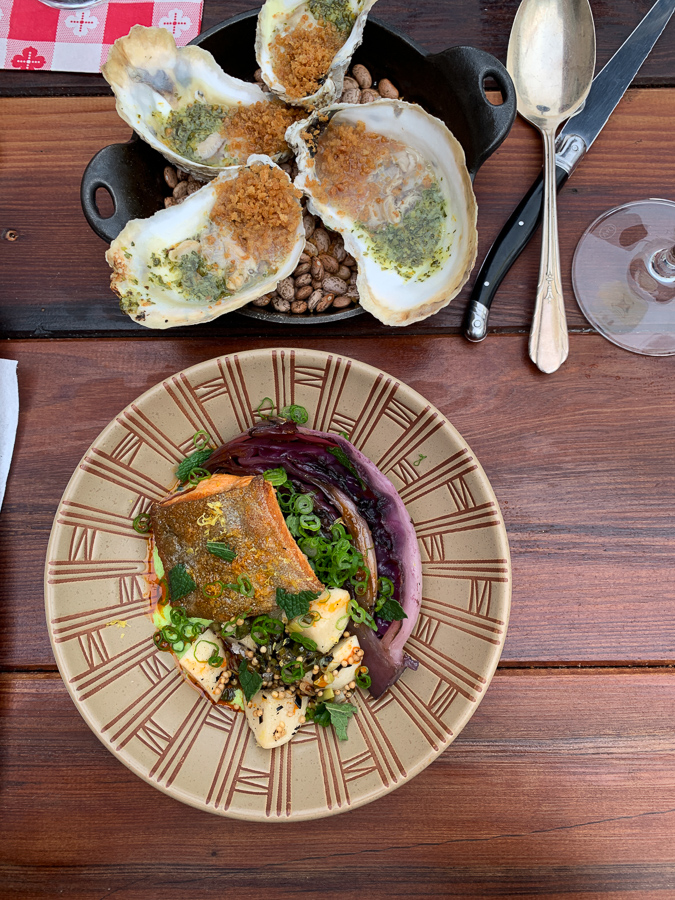 Mazen has been modeling – aka having his body traced on a big sheet of doctor’s office paper Nona brought over. His latest use for it: life size happy birthday cards! I’d say he looks a little bit like Frankenstein here… 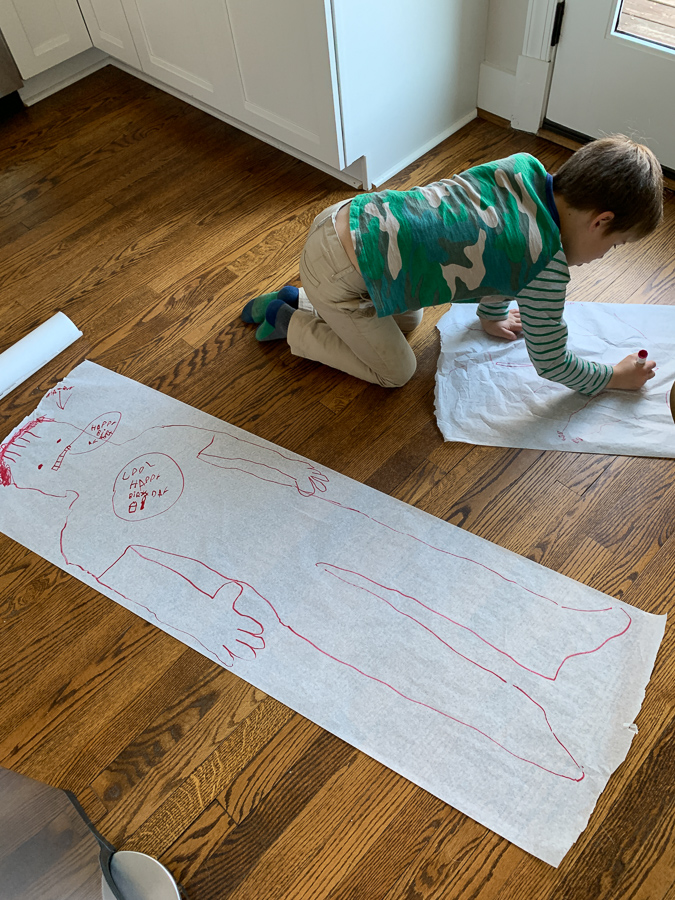 Now allow me to model something for you: These are the Hudson Board Shorts from Athleta and they are THE BEST shorts for summer. Remember how last summer I lived in a few pairs of maternity shorts that were a quick dry fabric? I can’t stress how much I loved those shorts – I seriously almost kept them to wear again but the panel was just too loose on my non-pregnant body (haha). These board shorts I’ve had for two years but obviously didn’t wear them last summer. They are quick dry fabric so they’re great for sweating, and they have ZIP POCKETS which are a must for carrying around a phone. 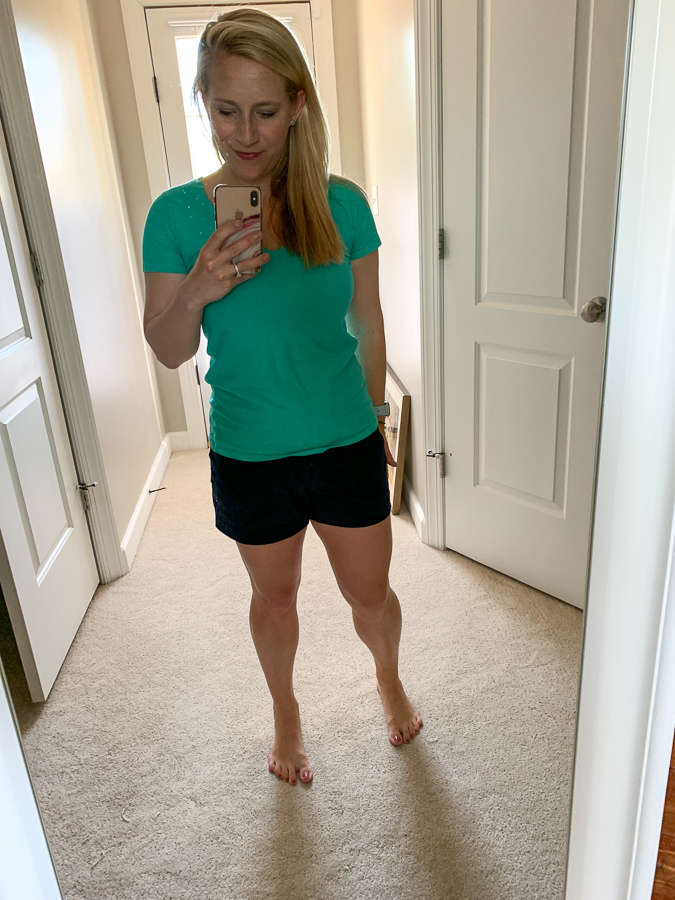 They also have appropriately loose leg holes (yes that’s a thing!) and a tie so you can make the waist looser or tighter. Get some! I actually just ordered them in a black floral – which are on sale! I also love these (I have them in a peachy color) and I plan to buy some of the Trekkie shorts to try too because they are also lightweight quick dry fabric with zip pockets. 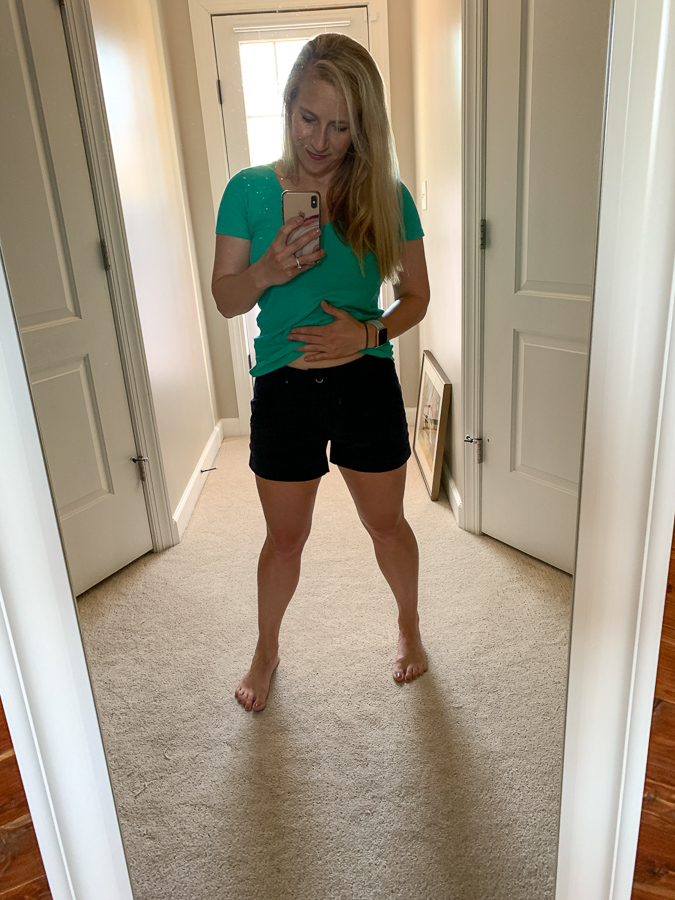 This is the vibe you get when you really wish your little brother could sleep in bed with you. Soon enough Mazen! 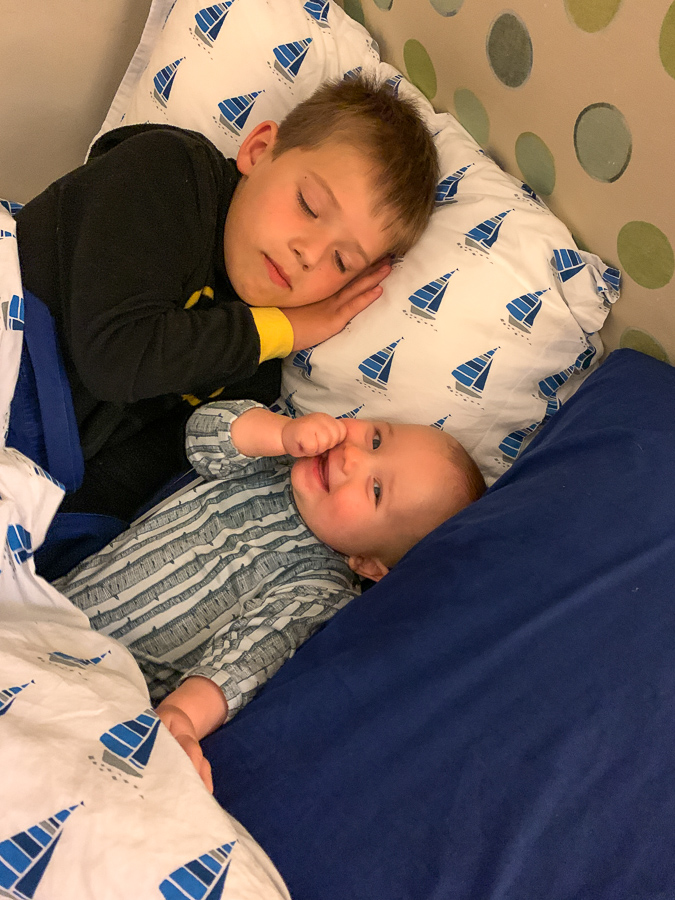 Have a great day!

from Kath Eats Real Food http://bit.ly/2GkLz4L
Posted by Unknown at 4:07 AM No comments: