Hey hey, happy Friday to you!

I can’t believe it’s the middle of June already! Murphy’s 10th (!!) birthday is today, Father’s Day is this Sunday and then my birthday next week – it’s a busy (and fun!) time of year for us, for sure!

Since last weekend was jam-packed with wedding festivities, we’re taking it semi-easy this weekend. Quinn’s pool party is on Saturday and then we plan to go out to breakfast and then visit the Wicked BIG Bug exhibit at the Franklin Park Zoo to celebrate Father’s Day. Both boys really love bugs, so they are definitely looking forward to it. I, however, plan to stay in the car. Kidding! Sort of.

Anyway, today’s edition of The Friday 5 is a random mix of things I’ve been loving this week – from my favorite easy makeup routine to my go-to pair of shorts and a cute hat for Quinn!

I hope you have a fabulous June weekend!

1. Madewell Rainbow Stripe Tank Dress – This striped tank dress from Madewell is so stinkin’ cute! It’s in my shopping cart… I think I’m going to treat myself for my birthday. I can see myself wearing this cotton swing dress all summer long! 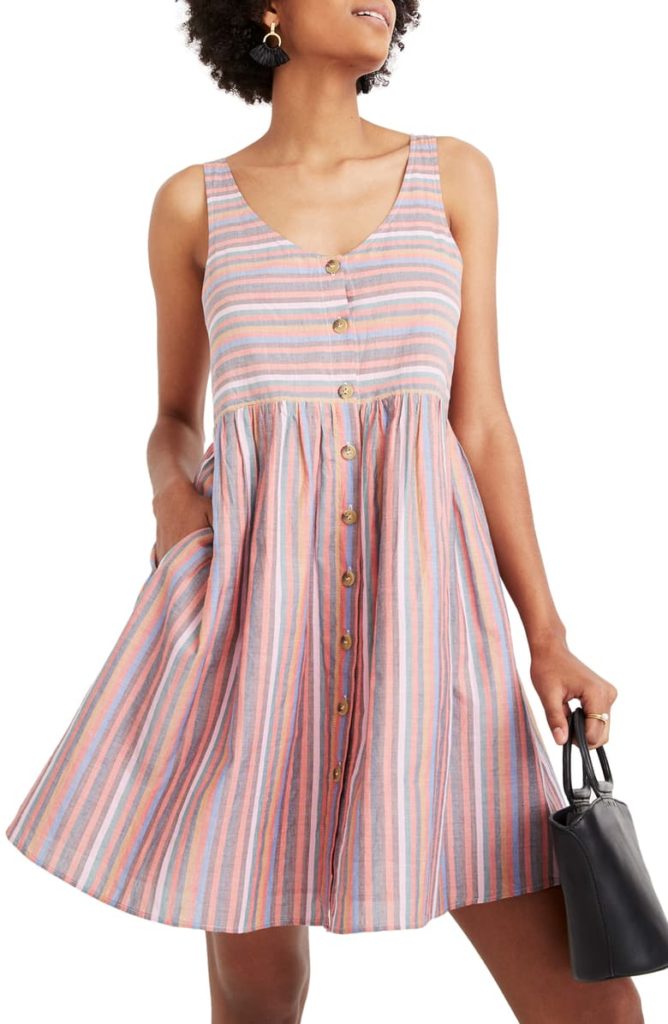 2. 88 Acres Organic Dark Chocolate Sunflower Seed Butter – So y’all know I’m obsessed with nut butter in general, but this organic dark chocolate sunflower seed butter from 88 Acres is something else! Holy yum! Often times when I’m craving something sweet, I’ll just have a spoonful of it and it satisfies my sweet tooth. It’s always great for seed cycling when you want to get sunflower seeds into the second part of your cycle. The 88 Acres Organic Pumpkin Butter is also really tasty and great for switching up! Both are nut-free, non-GMO, and dairy-free. 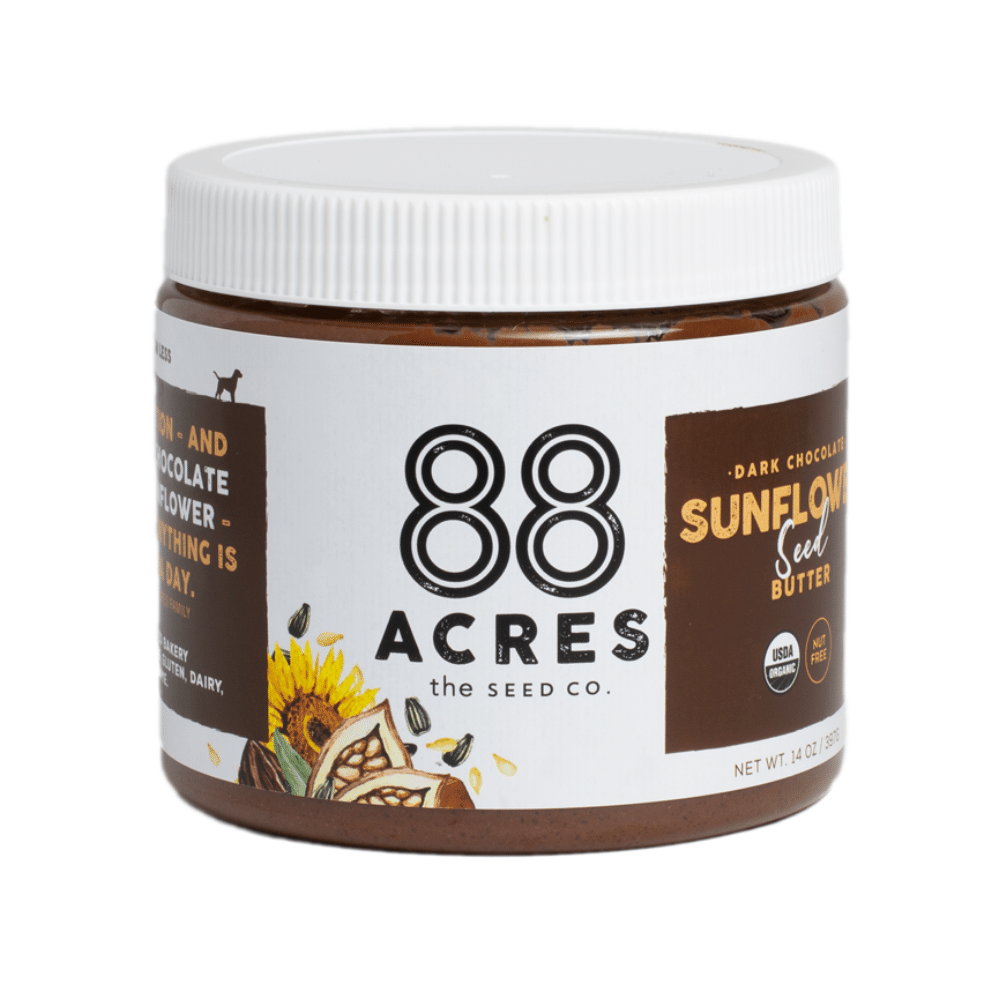 3. Beautycounter’s Flawless in Five – Now includes my beloved Dew Skin (tinted moisturizer with SPF 20), which I wear every.single.day of the year. I typically wear shade No. 2, but I switched to No. 3 for the summer. Flawless in Five is perfect for anyone looking to refresh their makeup with safer (and high-performing) alternatives. It’s a customizable bundle of six products to have you looking flawless in five minutes or less. PLUS, you save $37 by bundling rather than buying everything separately! It’s a great way to “get started” with Beautycounter, and it makes a great gift, too! 🙂 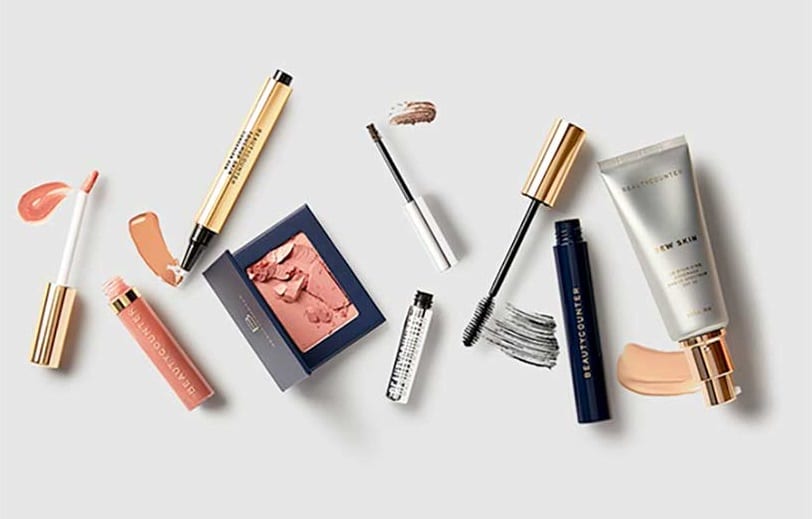 4. Athleta Metro Downtown 4″ Short – These mid-rise shorts from Athleta are my go-to for summer. They are so cute and comfy! The fabric is thick and form-fitting, but stretchy and moves with you. I have them in grey, but am thinking I should snag the other colors, too, as I wear them so often. These shorts are super versatile – casual for your weekend athleisure look or dress them up! 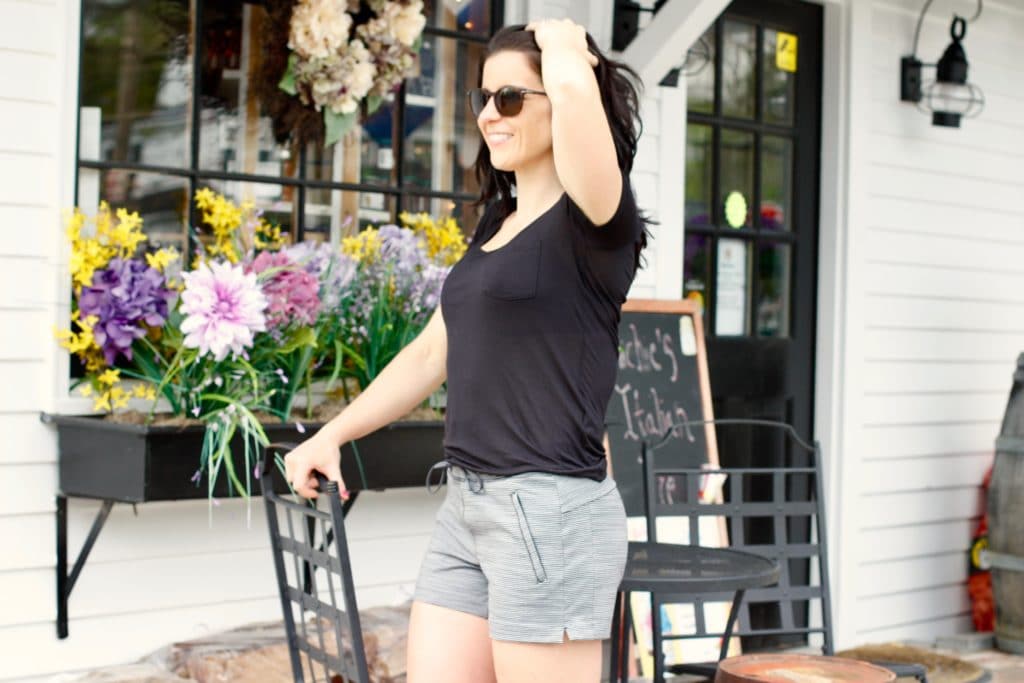 5. Out of the Sun Hat – The Out of the Sun Hat is perfect for beach and pool days. Quinn actually borrowed his cousin’s hat over the weekend (as seen in this post). Quinn loved it so much and didn’t take it off all day, so we decided to buy him his own. In fact, we got a GREAT deal on it! It was on sale for $7.99 and then if you sign up for the Hanna Andersson email list you get 25% off your first order! It’s definitely an awesome hat if you want to protect your little one! 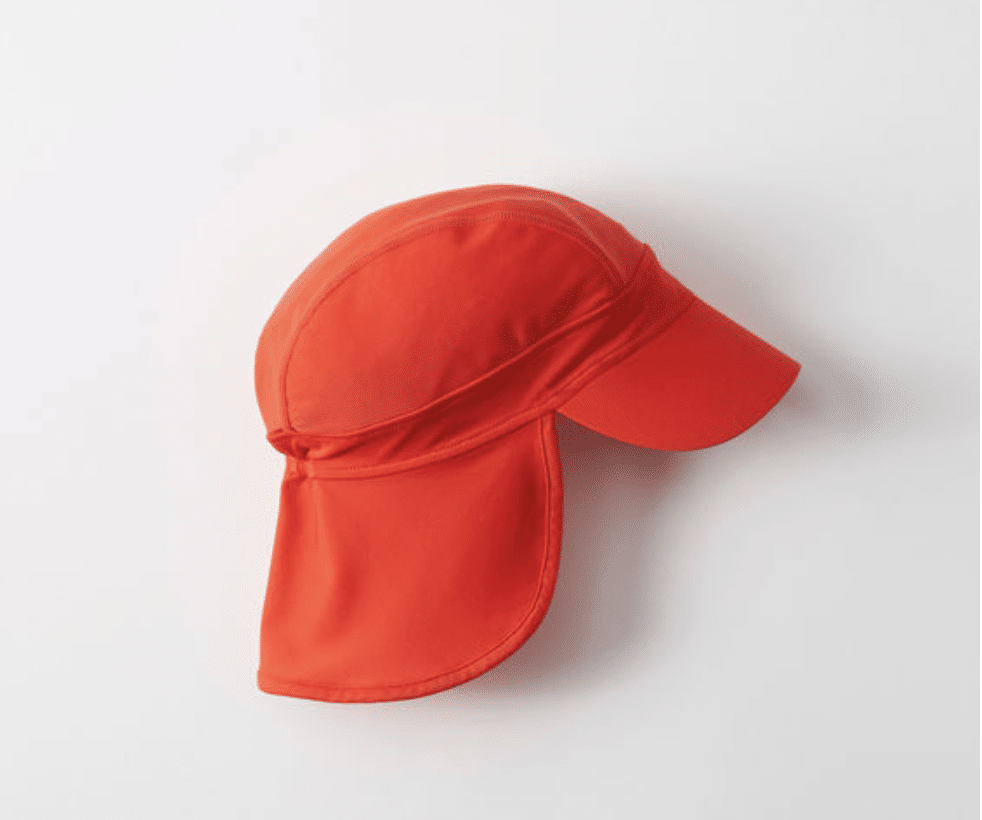 I also bought Quinn this UV SKINZ UPF 50+ Boys H2O Hat for summer. I just love the funky style of the first hat, and Quinn looks so cool in it when he’s outside playing or riding his bike. It’d be a great pick for an older kid since it has the UPF protection.

Sales of the Week

Do you have a favorite summer sun dress or go-to pair of shorts?

P.S. Here’s a bonus favorite for you FitBit Versa people – this silicone strap was just $7.99 on Amazon! I ordered it in white, and I love how it buckles, which is not the usual way! 🙂

P.P.S. I’m starting a new email series called “Throw-Together Meals” that shares some of my go-to, quickie meals. Most aren’t even official recipes – just tasty combos I love to create. I’m sending it out weekly to my email list, so make sure you’re on it! 🙂 Last week, I linked to a story about a popular vegan blogger, author, and influencer who found herself going into menopause at the age of 37 despite doing “everything right.” She exercised, she ate raw, she avoided gluten and refined sugar, and, most importantly, she avoided all animal products. Now, this wasn’t a randomized controlled trial. This wasn’t even a case study. But it was a powerful anecdote from someone whose livelihood depended on her remaining a raw vegan. It wasn’t in her interest to make it up.

So, it got me wondering: How do diet and lifestyle influence the timing of menopause?

Now, before I begin, let’s just state the obvious: Menopause isn’t a problem to be avoided. It’s not something to be feared or maligned. It’s not “the end.” I wrote an entire series on menopause last year, and there will always be more to come on the subject because it’s an important time of life with its own questions and possibilities. While it’s a natural, evolutionarily-preserved part of being a woman, it also follows a natural cadence. Menopause at the right time in accordance with your genetics is normal, expected, and healthy. Menopause that occurs earlier than your genetics would direct suggests something is amiss. Sure enough, early or premature menopause—defined in most places as menopause before the age of 40—has a number of troubling links to poor health outcomes.

Early menopause is linked to:

Not to mention that all the other things normally associated with menopause, like osteoporosis and changes in mood, also have the potential to occur, only earlier.

Okay, so early menopause can have some health consequences. Is veganism actually linked?

What Research Says About Diet and Menopause Timing

There was one study that found people who’d never been a vegetarian developed menopause at a later age, which is a roundabout way of saying that vegetarianism may increase the risk of early menopause.

But then another study in Han Chinese women found the opposite—that vegetarianism was associated with a lower risk of premature menopause.

Those are the only direct (if you can call it that) lines of evidence, and they conflict. No solid answers there. That said, there’s more indirect stuff pointing toward a link between exclusion of animal foods and earlier menopause:

Then there was a different connection in another study.

The Nurses Health Study found that women who ate the most plant protein were more likely to avoid premature menopause; animal protein intake had no effect. They even found beneficial links between specific foods and protection against early menopause, including dark bread, cold cereal, and pasta. Those are about as unPrimal as you can get.

How Can We Make Sense of Conflicting Research?

In addition to smoking (which we all know is trouble for almost all markers of health), one thing that keeps appearing in all these observational studies—and they’re all observational studies, unable to prove causation—is that underweight BMIs predict early menopause. In the Nurses Health Study, for example, BMIs under 18.5 were linked to a 30% greater risk of early menopause and BMIs between 25 and 29 were linked to a 30% lower risk. If that’s true, and if that’s actually a causal factor, then the most important thing a woman who wants to avoid early menopause can do is avoid being underweight. In that case, filling up on foods known to cause weight gain in susceptible people like bread, pasta, and cereal would be protective (at least for early menopause).

And that could really explain why the vegan blogger developed premature menopause. In her own words, she “had run out of fuel.”

A big downfall of many plant-based diets is that they starve you. They starve you of vital micronutrients you can really only get in animal foods, like B12, zinc, creatine, cholesterol, and others. They starve you of vital macronutrients, like protein and animal fat. And they starve you of calories. It’s hard to maintain your weight and physical robustness eating a diet of leaves, twigs, and seeds (unless you’re a gorilla). Oddly enough, I think vegans who eat grains and vegan “junk food” like fake burgers and weird nut cheeses are probably better off than the gluten-free ones who live off salads, simply because they’re getting more calories. It’s true that there are many ways to eat vegetarian and even vegan—and some are healthier than others (I’ve written about Primal recommendations for vegetarians and vegans in the past), but the more restrictive a person is with animal products, the trickier it will be to stay well-nourished.

If I had to make a bet, it’d be that any diet that provides sufficient nourishment in the form of micronutrients, macronutrients, and total calories will help stave off early menopause.

What about you? What’s your take on this? Has anyone out there experienced premature/early menopause that didn’t follow natural, familial patterns? What can you recall about the diet and lifestyle leading up to it?

from Mark's Daily Apple http://bit.ly/2Ih5ELL
Posted by Unknown at 9:47 AM No comments: 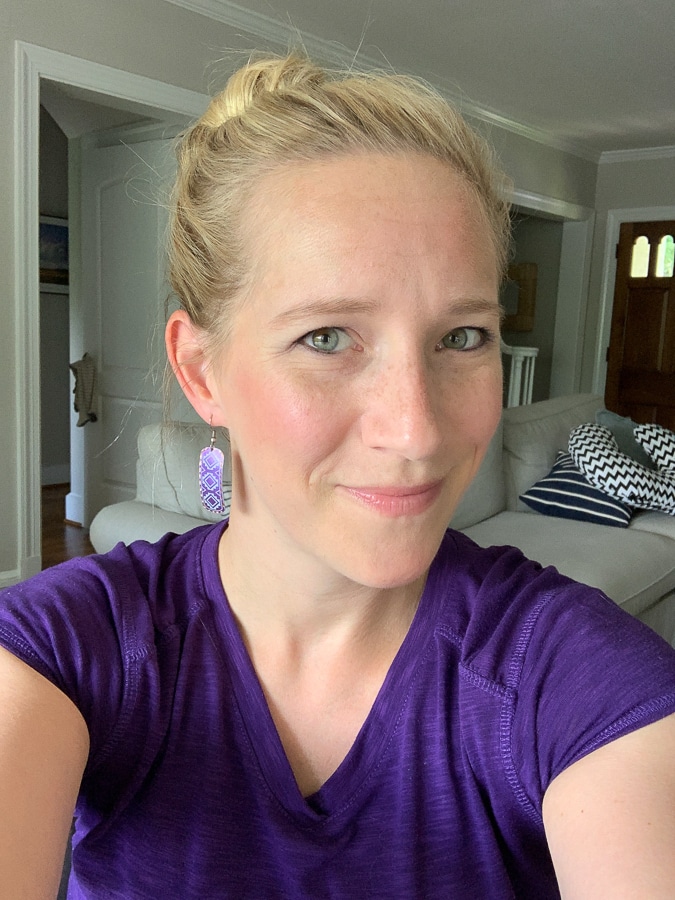 I’ve gotten a lot of questions about the Beautycounter makeup, so here is the post I promised. While the Beautycounter skincare has been a refreshing change, the makeup has been FUN! I am so not a makeup diva, and that is exactly why you should read this post. Because anybody can wear these shades and look natural and put together in five minutes without needing uber contouring skills or feeling like you’re going to leave glop behind when you hug and kiss your kids. 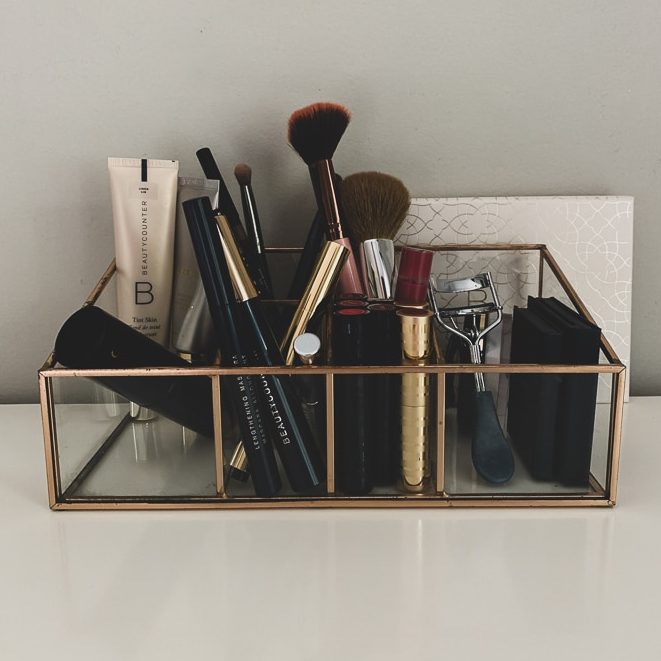 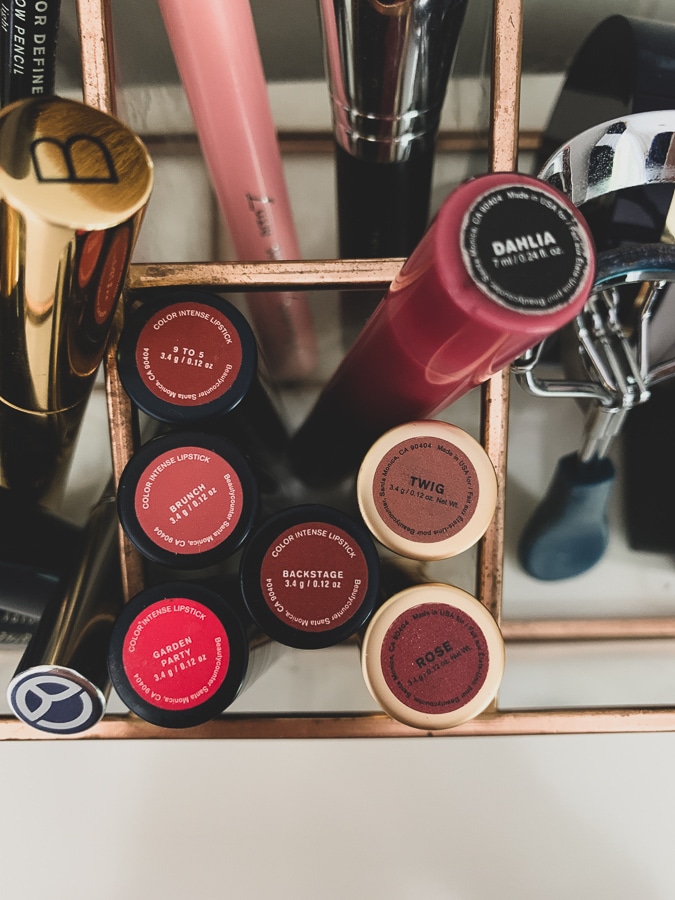 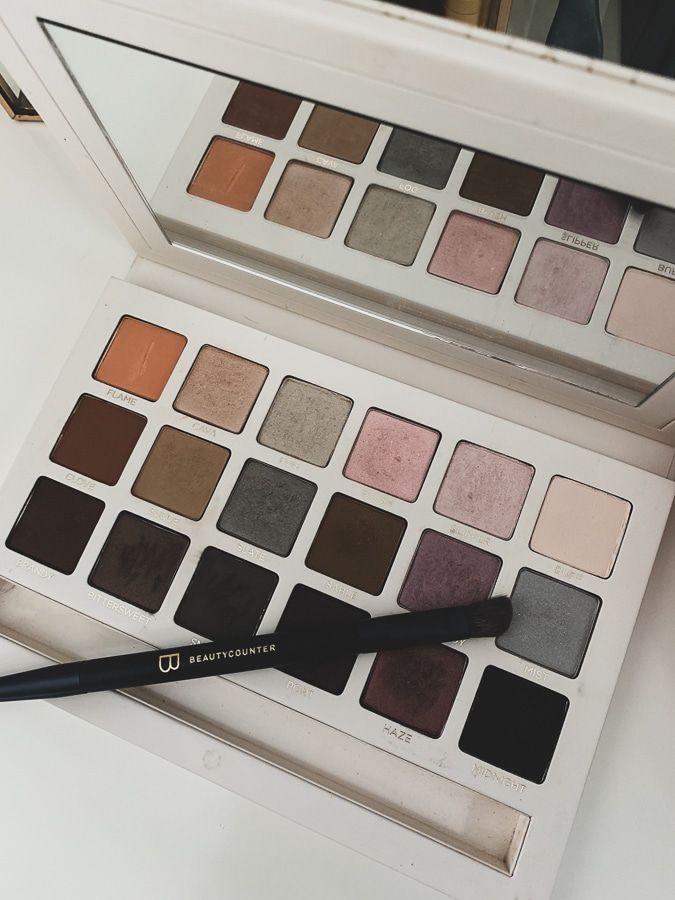 Bundle and Save: Flawless in Five

If you’re looking to overhaul your makeup, the Flawless in Five set comes with many of the above, and you save 20% off by buying it as a set. You get to pick all of your shades and choose between Dew/Tint Foundation, Lengthening/Volumizing mascara, and Brow Pencil/Gel.

If you’d like any help sorting through the products, feel free to drop your email in this little quiz and I will personally email you back!

Get personalized recommendations on products and shades

from Kath Eats Real Food http://bit.ly/2KMVfZS
Posted by Unknown at 4:07 AM No comments: