My progress will forever be in the works. But it does have a beginning.
I wasn’t born fat. I never even thought about weight or body fat until I realized that I had become too chubby. Around the age of 14 or so. I guess the hormonal changes and probably the decreased activity did it. Not really sure. Because I had always eaten incorrectly for my body. Too much sugar, wheat, processed foods. My belly has been bloated for as long as I can remember. I remember eating Grape Nuts as a kid and feeling bloated minutes later. I never put two and two together, until much later. Even though I was nowhere near fat then, food was still having an extreme effect on my health.

After having my two children, things got worse. I focused on them and forgot about who I was. Being a mom, wife and working a full-time job literally left nothing in the tank for me. I was still bloated, stressed out and definitely sugar addicted. And then the weight crept on. By the time I was 45, I was at least 70 pounds overweight. And, I felt horrible. And because my children were almost grown, I was also able to see it and feel it more. I was depressed. And I ate more chocolate.

I remember clearly one fall day, raking (or attempting to rake) the lawn. My whole body felt like it was on fire. My back had sharp pains and I was too out of shape to complete the task. That was my final straw. I started to research a solution. Even though I knew a lot about food and what I shouldn’t be eating, I had so much more to learn. The diet choices were endless, but I settled on a well-known one, The South Beach Diet. And my journey began. My body was happy with the lower carbs (I still didn’t understand the sugar/gluten issues), and I immediately began to feel better. I ordered a kettlebell exercise program and began my journey into fitness. By the time my son was getting married in 2012, I had lost 30 pounds, and I was feeling pretty good about the way that I looked. But I still had the nagging stomach issues and bloat, and I was still clearly addicted to sugar.

In June 2013, my youngest son was home from college, and I got it into my head that he and I would find something we could do together for the summer. I happened to open the paper and see an article for the grand opening of a Crossfit gym in our hometown. I mentioned it to him and he said, yes, he had heard of Crossfit and we should try it. Full disclosure, I had never heard of Crossfit and I wonder now, if I had, if I would ever have wandered into that gym.

That weekend, he and I checked out the gym and committed to three days a week, starting the following Monday. Ironically, that week is also the week my best friend died of breast cancer. There were so many things in play at that time, I find it hard to sort out in my head, but I credit Crossfit for getting me through it. One, because I was so sore and tired, it was hard to think of anything but my body and two, I felt instantly like I was doing what was right for my body. My emotional pain was lessened by my physical pain—and little did I know, I was training my mind to beat anything that came before me.

A lot of Crossfit gyms prescribe to the Paleo method of eating, and this gym was no different. Eight months after I began my journey, they posted a Paleo challenge, using the Zone method of eating. After I completed that challenge and within the next few months, I had dropped another 40 pounds, literally without trying. My body had finally found the way it needed to be fueled, to maintain its optimum weight. Since then, I have continued to Crossfit (just started my seventh year) and I eat Paleo for the most part. I have dabbled with Keto and found that I always go back to not wanting the strictness of counting carbs. I just eat veggies, with a bit of fruit. I eat no grain still (found that was my poison) and try to make/eat any treat I have without sugar (I have found sugar substitutes that work).

I prescribe to the Big Ass Salad method and faithfully eat one every day at lunch. We raise chickens, so I eat plenty of fresh eggs and meat too. I believe in organic and whole food. Simple is better for me. No processed foods.

My weight may fluctuate 5 pounds or so now, but I remain lean and fit. I have gained quite a bit of muscle over the years, and I wouldn’t consider myself thin.

But here’s the thing. I am 55 and I feel like I am 20. I have no aches and pains (other than sore muscles). My resting heart rate is 50 and my blood pressure is awesome. I take NO prescription drugs. Could I drop dead tomorrow? Yes, and I truly hope that is the way that I will go. But I won’t finish out my life in the same shape I was in 10 years ago. It has been a long journey and not one that you can describe to younger people, but to the older ones who know, isn’t life great when you feel awesome?

I hope this inspires someone who may just be at that tipping point. When you find your groove, it will transform you and your relationships and how you see everything else in life. Unplugging For The Holidays 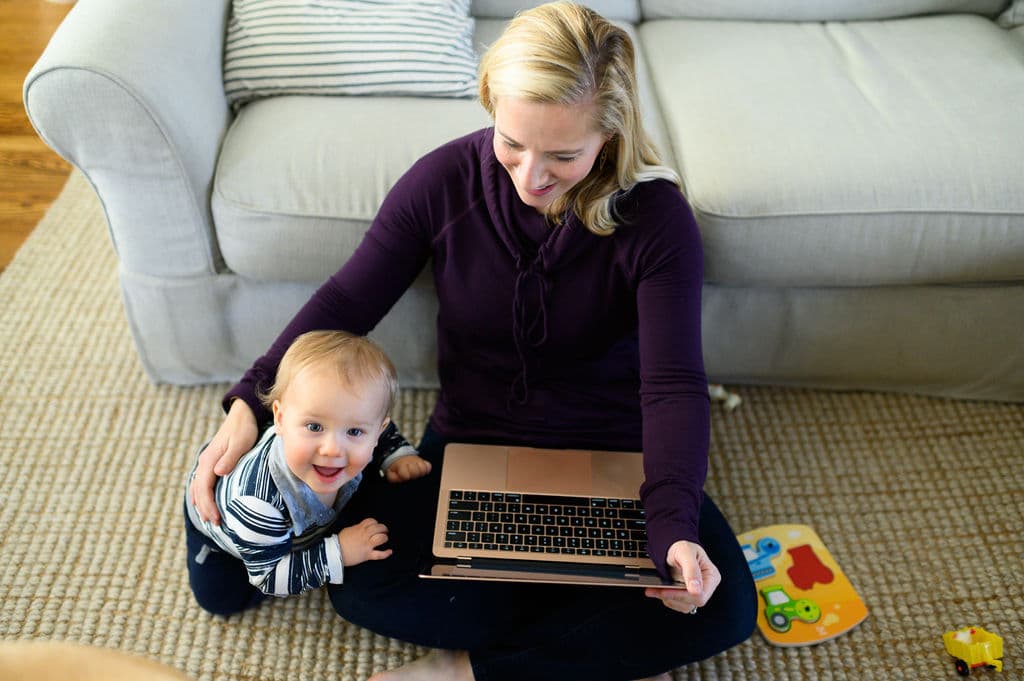 I’ve always been a little anxious about going offline for fear that everything I have built will somehow disappear. That fear keeps me tied to my phone more than I should be and a little more distracted and stressed about having five polished posts ready to go week after week. (Sometimes not-so-polished posts!) I started to take a few breaks for vacations over the past year or so, and when I took a long maternity leave, I realized that my fears were in my head. Absence always makes the heart grow fonder.

Inspired by this podcast, I was reminded that motherhood transforms you. You expand, shift, and change. If you also have a business, you learn how to intertwine your work and home life so that you can continue pursuing your business dreams while also being a mom. 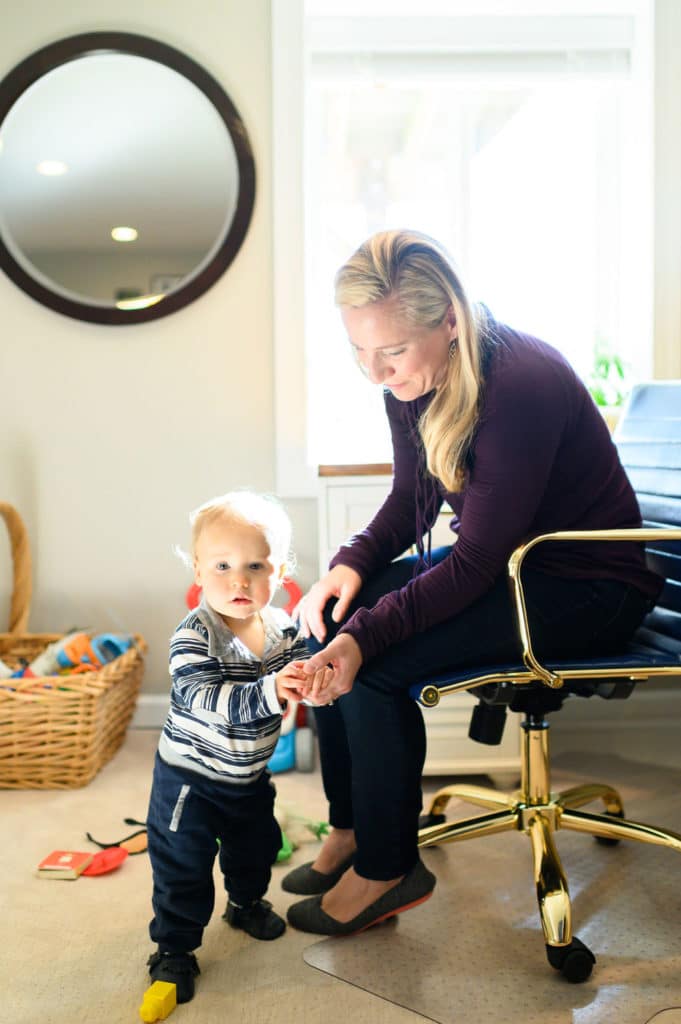 I am VERY good at multitasking, and I am not so sure that is a good thing!

I want to create stronger divides between work and home so that when I leave the imaginary office I don’t think about KERF. When I’m being a mom, I don’t want to be skimming emails on my phone or thinking about what posts I need to write tomorrow. I want my focus to be on the activity at hand. This is why I am taking some time off blogging from Christmas to New Years. Mazen will be home from school, and I want to spend time doing fun activities with the boys without the worry that I’m getting behind in my post schedule. Many of you will be spending time with family as well. Let’s all go offline for a bit. 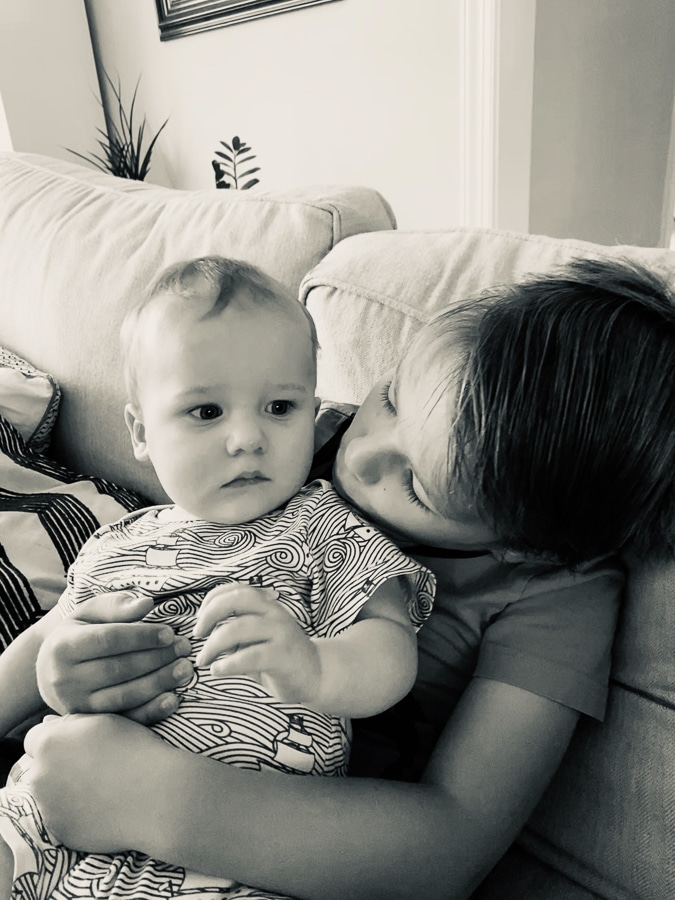 I’m already excited about the list of post ideas I have ready to start on in January. After all, it’s the season for fresh starts, organized homes, and lots of healthy real food eating. My F A V O R I T E topics!!

I’ll be popping in with 1-2 recaps of our holiday and you can find pics on Instagram and Facebook, but otherwise I’ll see you in the new year!

The post Unplugging For The Holidays appeared first on Kath Eats Real Food.

from Kath Eats Real Food https://ift.tt/2ZgoSrD
Posted by Unknown at 4:19 AM No comments: