Hi friends! Not only do I have a delicious recipe for you today, using one of my favorite kitchen tools (hint: air + fryer), but I also have a fun giveaway!

If if you haven’t heard me rave about my beloved air fryer, let me tell you a little about it…

Frying without oil? Yes, it’s possible with an air fryer. How do air fryers work? Air fryers swirl air very quickly in a circular fashion, like a convection oven, in order to reach all the surfaces of the food and therefore create a crisp crust. Your food is wonderfully crispy, but without all of the calories and fat of typical frying.

And Brussels are actually one of my favorite veggies. I eat them all of the time! When did Brussels sprouts go from everyone’s most-hated to most-loved vegetable? Probably around when we figured out that roasting these littlest members of the Brassica family caramelizes and crisps up the outside while making the inside fork-tender. Thanks to the speedy air fryer, its high heat and fast air turns out fantastic roasted Brussels sprouts in less than twenty minutes.

The recipe below, found in The Epic Air Fryer Cookbook, has a delicious salty-sweet maple-soy glaze that is finger lickin’ good. The sriracha brings the heat here, so if you prefer less spicy Brussels, simply reduce the amount.

Yield: serves 4 as a side dish

1. Toss the Brussels sprouts with the olive oil and salt. Working in batches if necessary, arrange the sprouts in a single layer in the basket of the air fryer. Cook at 375°F (190°C) until browned, crispy, and fork-tender, 15 to 20 minutes.

2. While the Brussels sprouts are cooking, combine the soy sauce, maple syrup, lime zest and juice, garlic, and sriracha in a small saucepan. Bring to a boil over medium heat. Reduce the heat and simmer until thickened and slightly syrupy, 5 to 7 minutes. 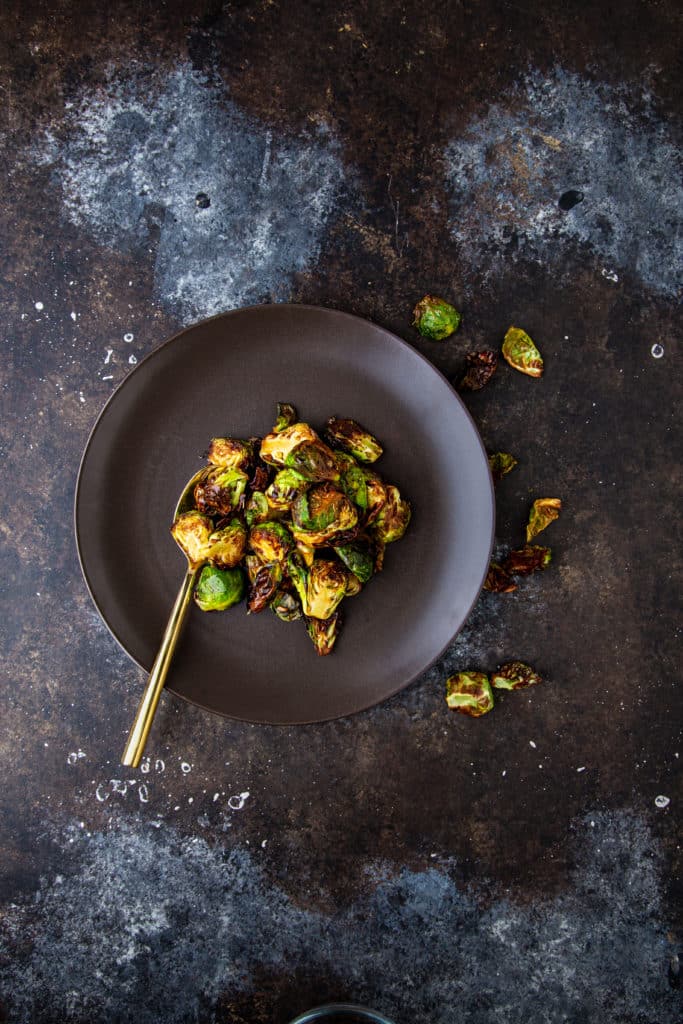 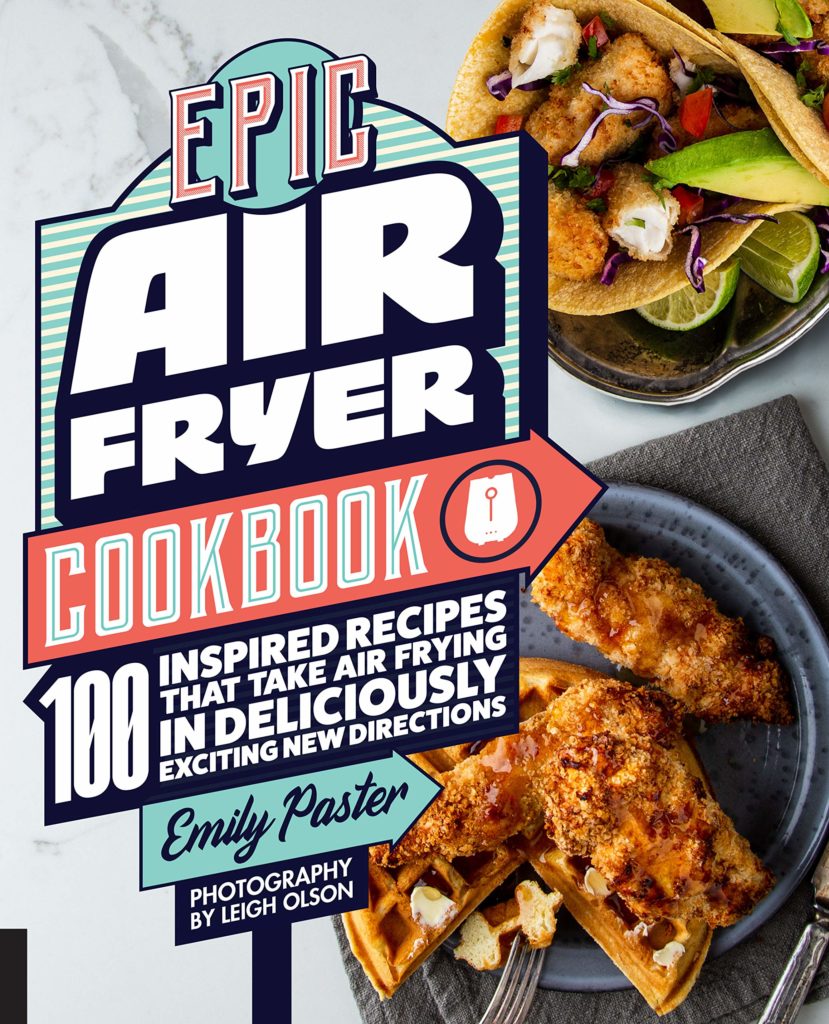 The Epic Air Fryer Cookbook includes 100 globally-inspired recipes and combines everything you love about air frying with the easiest, everyday recipes to enjoy conveniently crispy meals. Air fryer meals are family favorites because of taste, but they also create healthy everyday meals, which makes everyone happy.

Just leave a comment on this blog post about your favorite veggie or favorite thing to cook in your air fryer. I’ll randomly pick a winner next week. Biscotti (Italian for “twice baked”) served alongside a caffeinated frothed milk beverage is a pairing meant to be savored. Envision a sun-dappled restaurant patio that overlooks the cerulean Mediterranean. After a leisurely lunch of grilled whole fish and vegetables, you’re served a block of biscotti to dip into a creamy-capped cappuccino.

The best food can transport us, even in the barren frost of winter, to a sunnier place. While typically not a Primal or keto choice, biscotti is a twice-baked cookie that can be easily revamped to be lower carb. Make the plain almond-rich keto biscotti with your sweetener of choice, or accessorize it with freeze-dried raspberries and a drizzle of melted dark chocolate. Dunk a chunk in either our dead-simple keto chai latte, or the spiced collagen chai latte, and prepare to escape. In a bowl, cream together the salted butter, vanilla and almond extracts. Add the ground almonds, flaxseed, coconut flour, sweetener, and baking soda, and mix to combine. Whisk the egg into the mixture. Fold in the freeze-dried raspberries. Form the dough into a ball and place it on a parchment-covered sheet pan. Shape the dough into a rounded rectangle. Make sure not to flatten the dough too much—you want a small amount of height in the center of the dough. Sprinkle the sliced almonds on top and gently press the almonds into the top of the dough. Bake the block of biscotti for 15–17 minutes. Remove the pan from the oven and allow it to cool for 1–2 minutes. Carefully slice the block into eight pieces and gently flip the slices so they are cut side down.

Bake for 3 minutes, then flip the cookies over so the other cut side is facing down. Bake for an additional 3–5 minutes, or until the cookies are golden. Remove them from the oven and allow them to cool (they will firm up more as they cool).

For a simple and tasty latte, you can simply mix the Primal Kitchen Chai Tea Collagen Keto Latte powder with water and a little cream or coconut milk. For a kicked-up drink, try the version below. Boil water in a kettle.

Place the cinnamon sticks, ginger, cloves, and allspice berries at the bottom of a large mug and hang the tea bags over the side. Pour the boiling water into the mug and steep for 3–5 minutes. For a stronger tea, you can boil the cinnamon sticks, cloves, and allspice berries in water for 3–5 minutes, then steep the black tea afterwards.

Remove the cinnamon sticks, cloves, and allspice. Add the coconut milk and chai tea collagen latte mix. Use an immersion blender to blend the latte or place the liquid into a blender and blend until frothy. Add sweetener to taste, if desired. Divide into two mugs.

Nutrition Information (½ of the latte recipe):

from Mark's Daily Apple https://ift.tt/2wkqLZX
Posted by Unknown at 11:32 AM No comments: