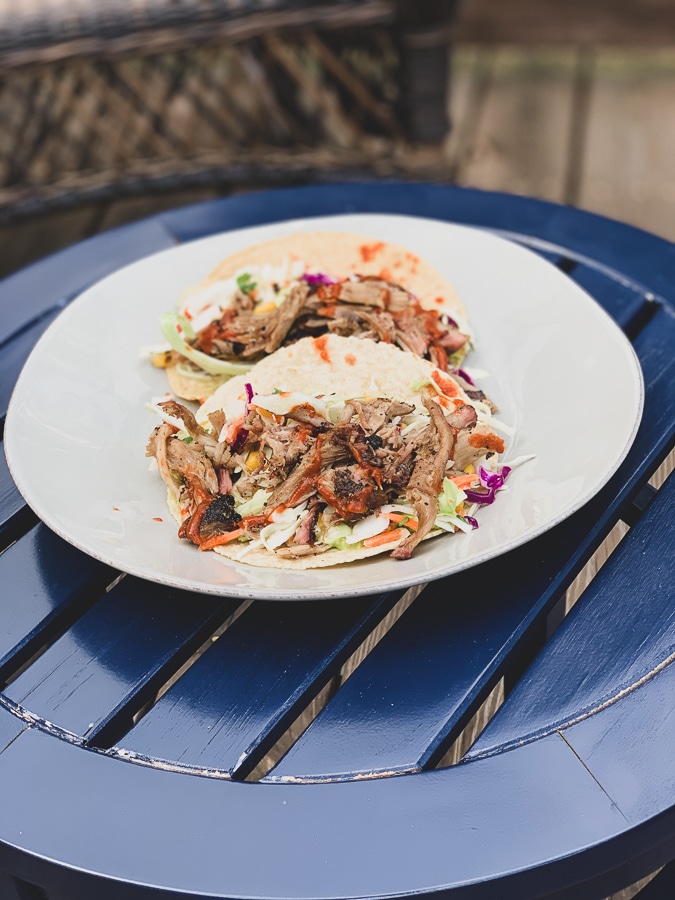 We have made this recipe several times and I just had to share the how-to! These easy pork tacos are one of those flex recipes that you don’t need to measure precisely. I’m also not going to tell you how to spend 10 hours smoking pork on a Big Green Egg. If you are not a grillmaster yourself or have a partner who is, I’d recommend using simple grilled chicken or buying some already smoked pork. Or perhaps you could prepare some shredded pork or chicken in the crockpot! BBQ tofu or seasoned beans would be a good way to make this vegetarian too. And OMG – blacked fish! Bottom line: your protein options are endless. 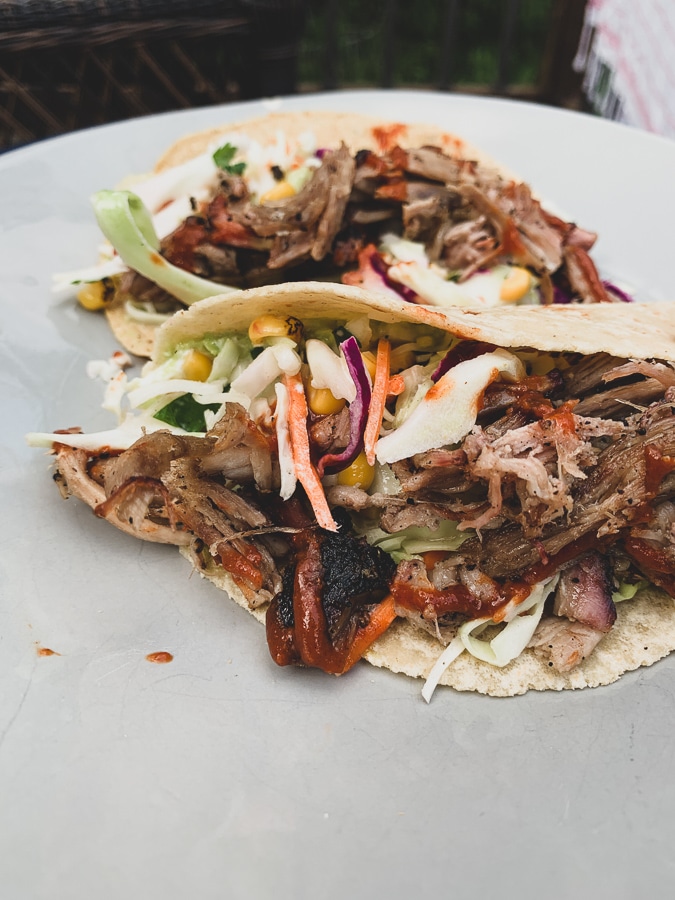 The Secret’s In The Slaw

But the real secret to why this recipe is so good is the slaw. We jazz up a bag of 365 store-bought slaw from Whole Foods with red pepper, fire-roasted corn (frozen at Whole Foods), freshly chopped cilantro and a simple dressing made with lime, olive oil and a hint of mayo. I don’t love a ton of 100% purple cabbage on my tacos, so I love that this slaw is a blend of different kinds of cabbage and carrots cut with our additions. 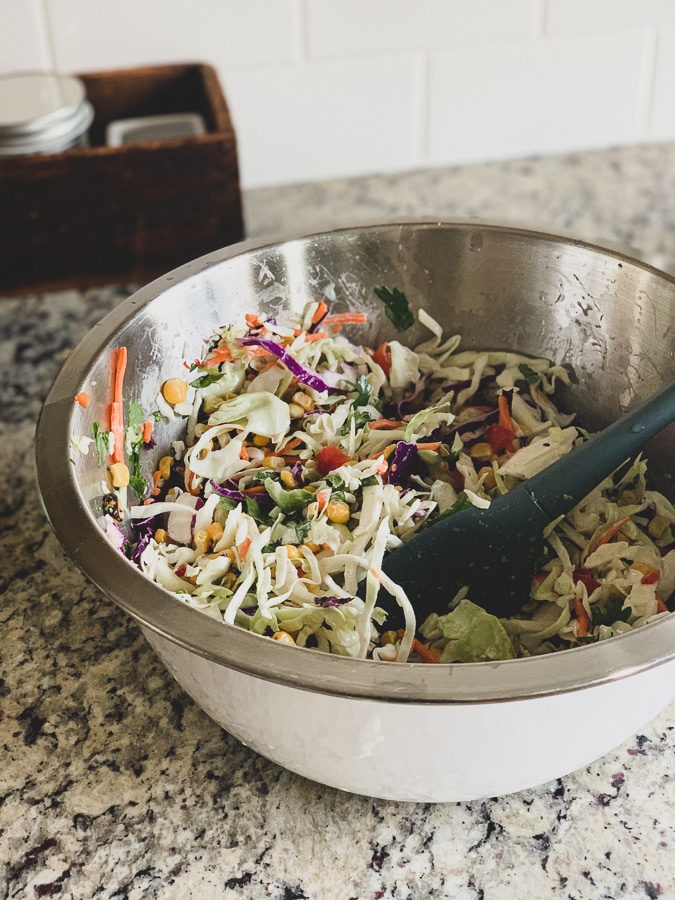 Normally I save the guacamole and sour cream as garnishes on top, but Thomas spreads them on first, much like you’d dress a burger bun. He’s on to something – they don’t fall off in one big bite when you do it his way! OR you can do it my way and make a taco bowl instead! The slaw makes a great salad base as well. 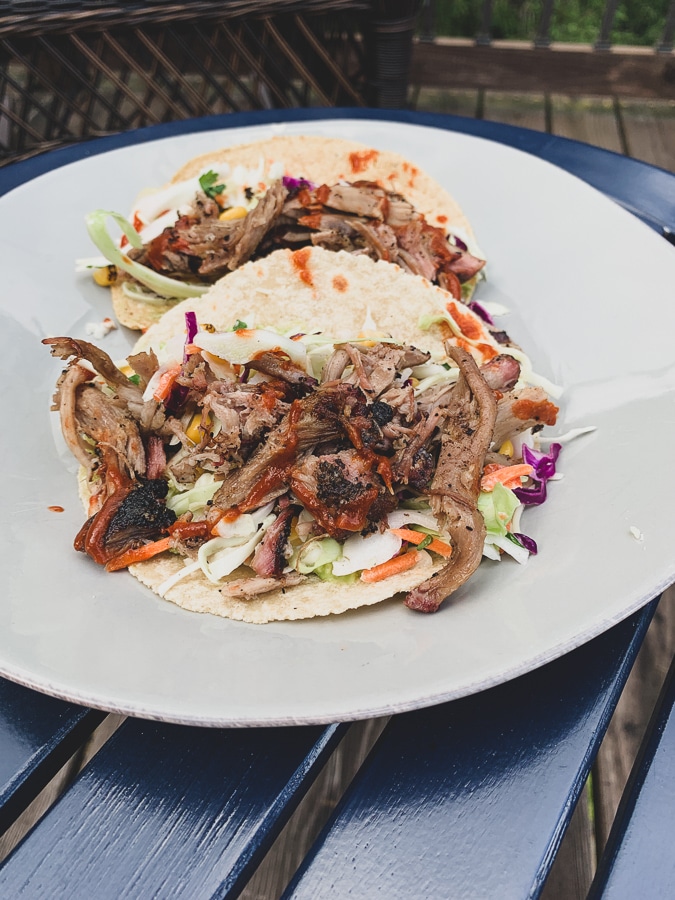 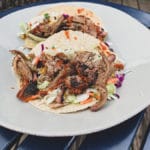 The secret's in the slaw! This semi-homemade slaw makes a great soft taco or taco salad bowl. Swap out pork for any protein you wish – grilled or shredded chicken, tofu, beans, or fish.

(We couldn’t have him crawling on the deck and getting splinters so we put some quilts down and he played with toys inside : ) 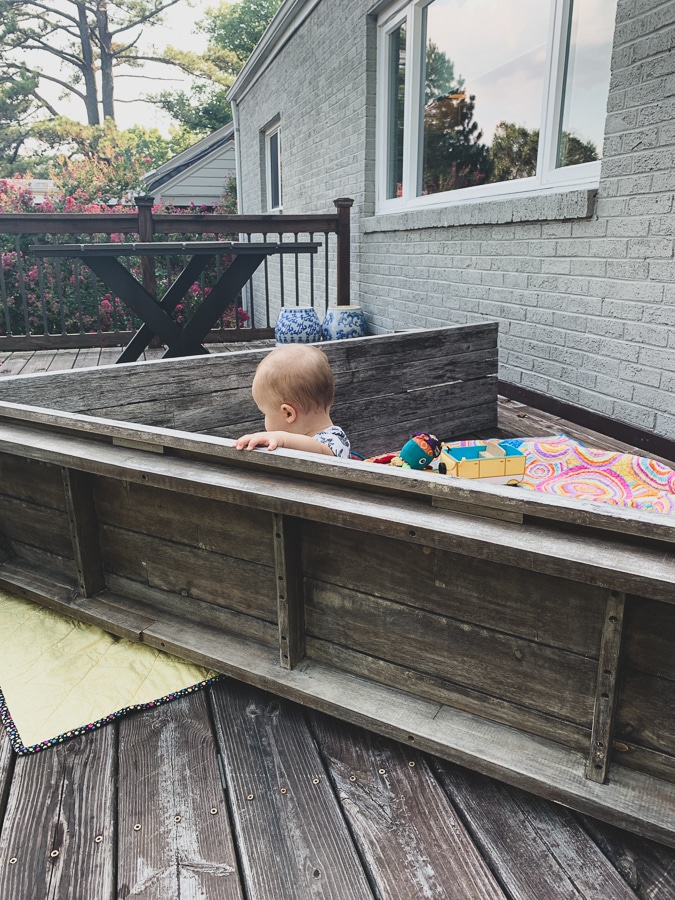 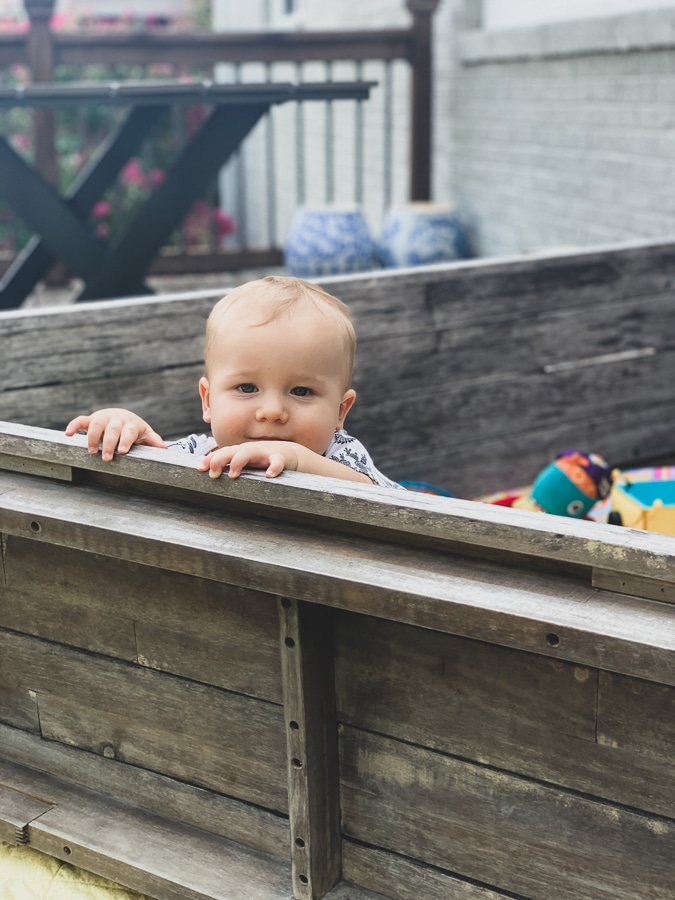 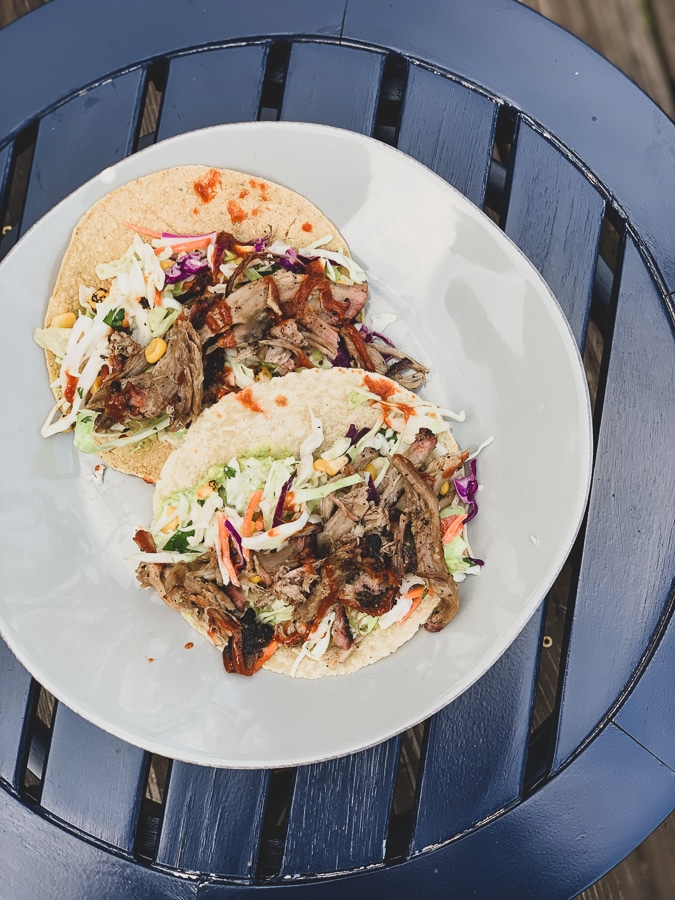