Mal turned 38 yesterday, and we celebrated the birthday boy all day long!

Quinn and I were up and at ’em planning Dada’s day of birthday surprises. It started with a scavenger hunt around the house to find his morning mug of iced coffee as well as birthday cards and presents. 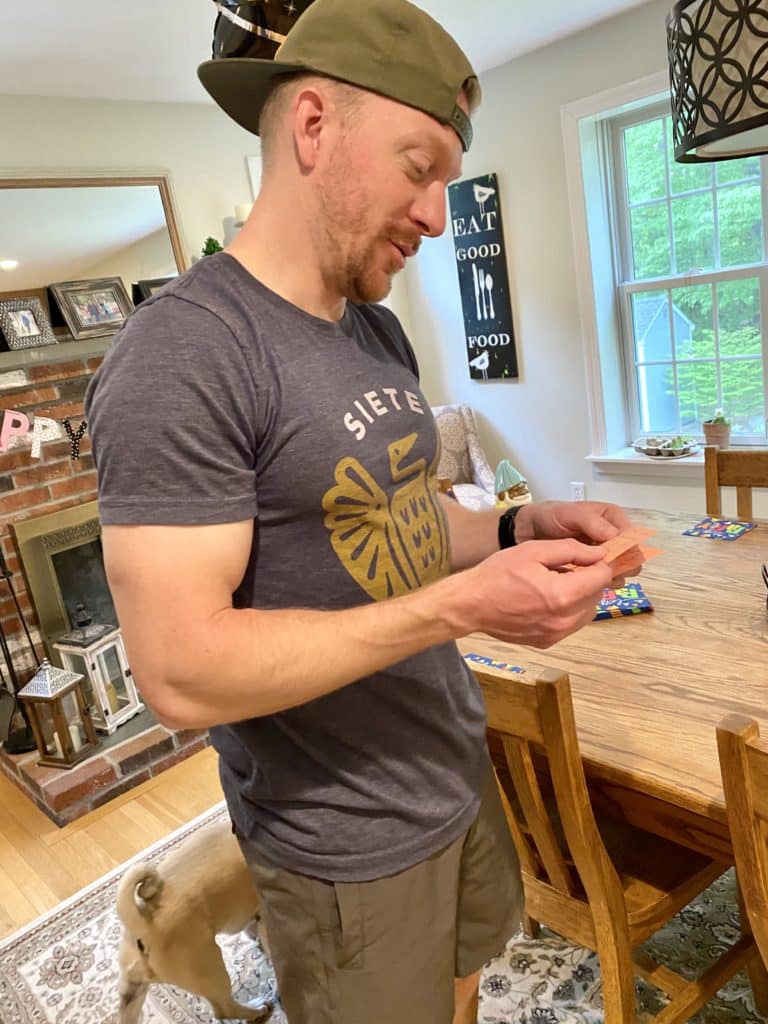 Quinn wanted to make pancakes for Dada, so we had a full-on pancake breakfast complete with bacon and butter! 🙂 I mention the butter because Quinn ate a huge spoonful, straight-up, right into his mouth and then asked us if we had ever eaten butter than way before. Haha! I mean, who hasn’t eaten a spoonful of butter?!

After breakfast, we took Murphy for a walk around the neighborhood and then got ourselves ready for the day. When we returned home, Quinn and I made a batch of Funfetti cupcakes for Dada – his favorite! Mal has them every year for his birthday!

After lunch, we sang “Happy Birthday” to Dada and celebrated with cupcakes! 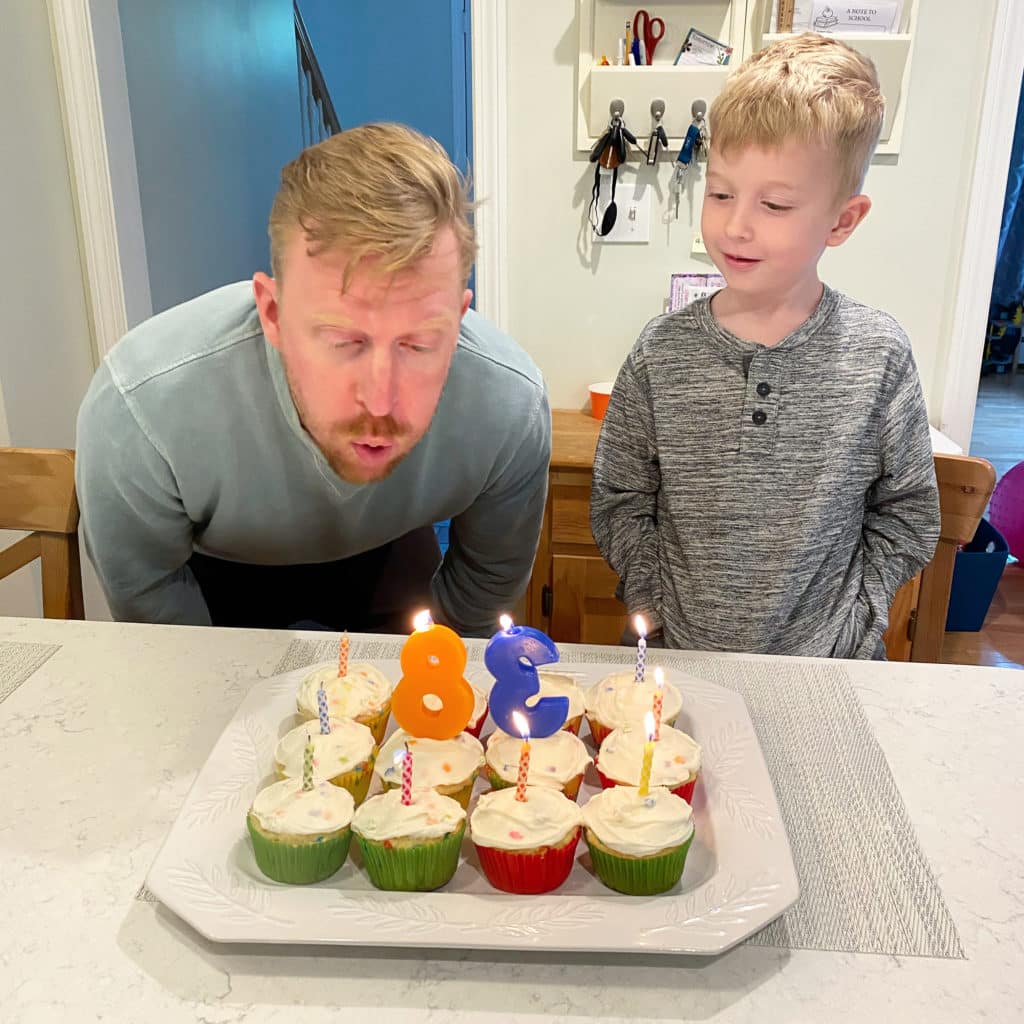 The weather was gray and chilly, so we spent most of the afternoon indoors playing giant Jenga. 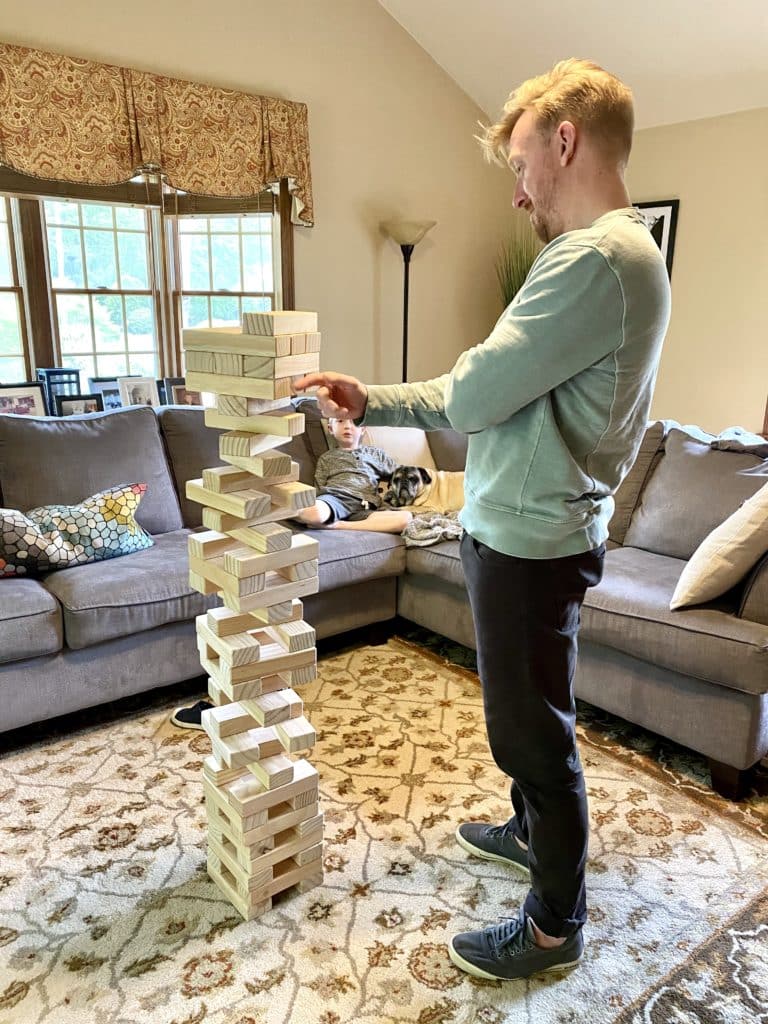 For dinner, we enjoyed a delicious meal from Novara, who reached out earlier in the week about a partnership. They’re now offering takeout and delivery, so we tried it out in exchange for a shout-out on Instagram. We’re already huge fans of Novara, so it was an easy decision! The ordering and pick up process was super straightforward and efficient, and the food was awesome – it was definitely some of the best takeout we’ve had during quarantine!

On the way home, Quinn fell asleep in the car. I transferred him to the couch when we got home and he slept for a solid 2 hours. He was exhausted! Mal opened up “Mal’s” and the two of us enjoyed a drink and some truffle fries from Novara while Quinn napped. 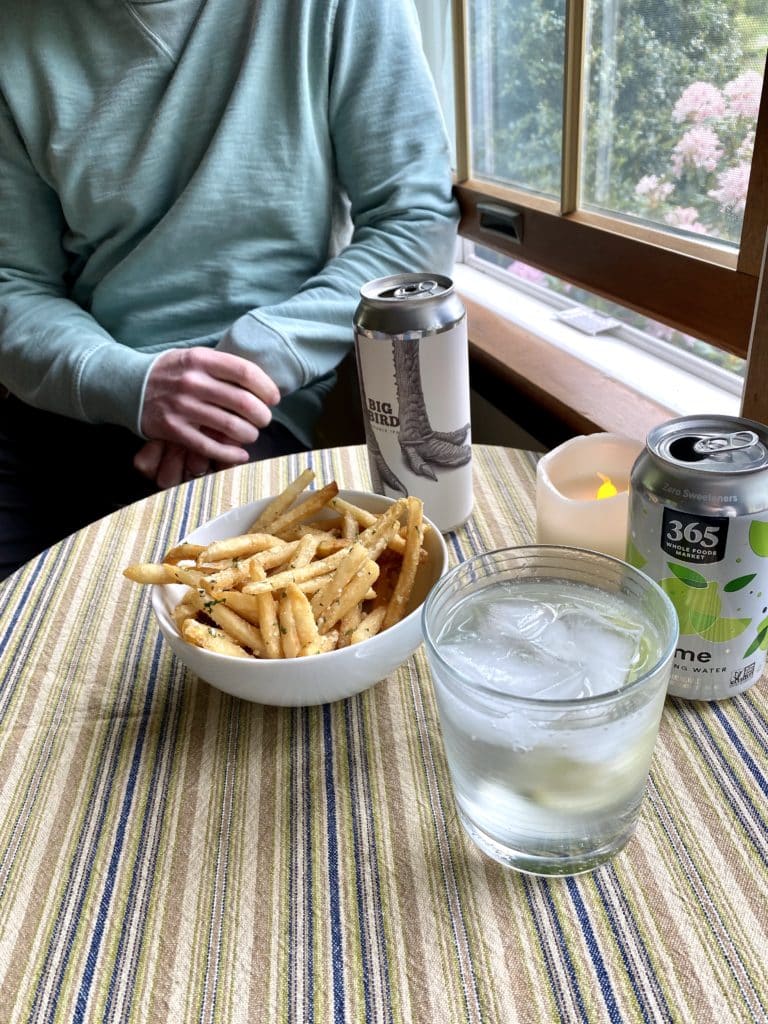 Dinner was such a fun time and, my gosh, we loved everything we ordered!! 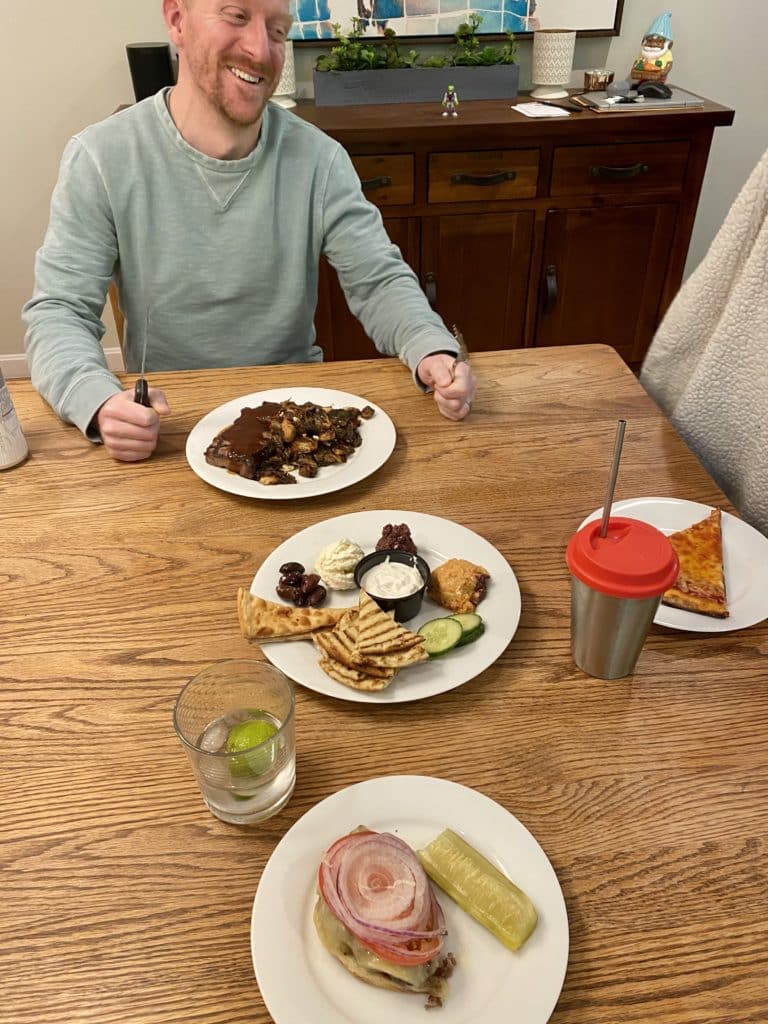 Including the Tiramisu and flourless chocolate cake! 🙂 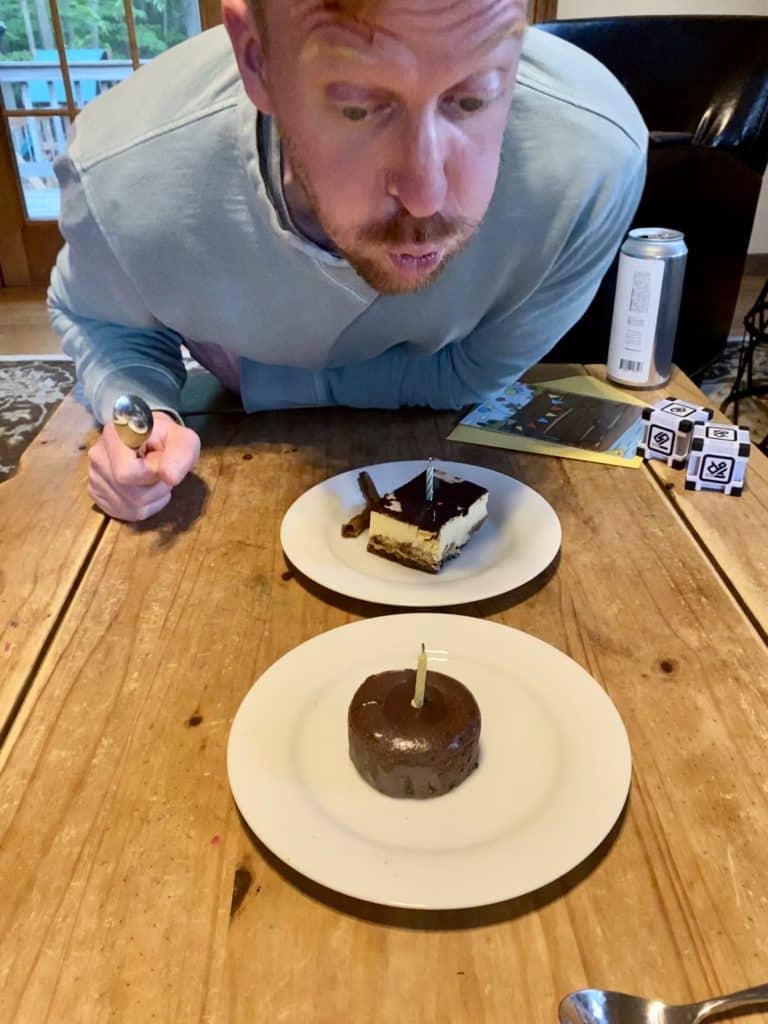 The evening ended with a Zoom call that went late into the evening with all of our hometown friends. It was hilarious and sentimental all at the same time. We definitely miss each other, but it was great catching up, and Mal really enjoyed the virtual hangout. It was such a nice way to end his day of birthday celebrations! 🙂

This easy popover recipe is delicious, easy to make and perfect for breakfast or brunch!

If you’ve never had a popover before, drop whatever it is you’re doing and get straight into the kitchen. These delicate rolls are delicious, airy and nobody will guess they are made with whole grains! Enjoy them warm out of the oven with a pat of butter. Melty, comforting goodness. Yum!

This recipe is adapted from a very old Fannie Farmer cookbook. The first edition was printed in 1896! So this recipe has been around a while! The changes made were the flour used and the amount of milk added to adjust for the whole grain flour.

WHAT YOU’LL NEED TO MAKE THESE:

This is the one I have. It works beautifully!

HOW TO MAKE THIS POPOVER RECIPE

Delicious, delicate rolls that are perfect for breakfast or brunch!

Please note that the nutrition data given here is a ballpark figure. Exact data is not possible.

* Percent Daily Values are based on a 2000 calorie diet.

from The Gracious Pantry https://ift.tt/2A0OIHw
Posted by Unknown at 1:53 AM No comments: